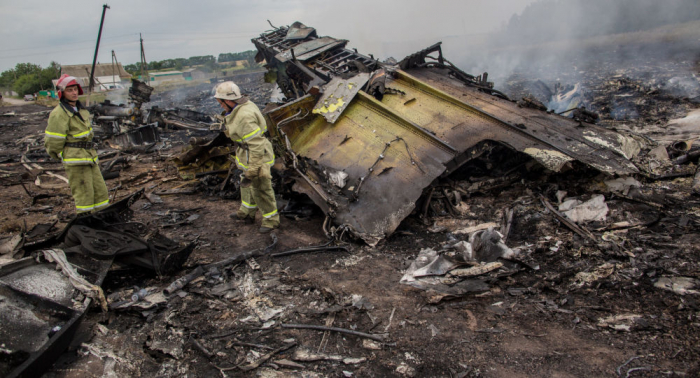 Malaysia calls on the global community to refrain from voicing unfounded allegations over the crash of the MH17 flight in Ukraine's eastern Donbass region, Malaysian Foreign Minister Saifuddin Abdullah said in an interview with the Russian Izvestiya newspaper.

Abdullah said that being a side to the case, Malaysia had been concerned about the recent developments. Kuala Lumpur calls on all involved parties to remain unbiased because this would allow looking into all the details of the investigation, he stressed.

The top diplomat noted that the investigation into the tragedy had not been finished, while Western countries had already been voicing their allegations, adding that the parties to the probe denied Malaysia access to materials of the case.

The foreign minister also noted that Malaysia-Russia relations had not been affected by the accident and the two countries shared points of view on the case.

Malaysian Airlines Flight MH17 was en route from Amsterdam to Kuala Lumpur when it was downed over eastern Ukraine on 17 July 2014 as the region was mired in a conflict with the new government following a coup earlier that year. As a result, all 298 passengers – mostly Dutch – and crew on board were killed in the crash.

Following the tragedy, Kiev and the self-proclaimed republics in the region blamed each other for the downing, with the latter contending that they had no military equipment that would allow them to shoot down an aircraft at that altitude.

Almost immediately after the incident, the US and its European allies claimed Russia was responsible for the tragedy. These allegations were used by Washington and Brussels as a pretext to introduce sanctions against Moscow, while Russia repeatedly denied the accusations.

A Dutch-led Joint Investigation Team (JIT), formed soon after the crash, invited Ukraine, Belgium, and Australia to join the probe, but excluded Russia from the investigation.

In 2018, JIT claimed that the plane was shot down by a Buk missile system, which allegedly came from the 53rd Anti-Aircraft Missile Brigade of the Russian military, citing "classified information" provided by the Dutch and US authorities that could not be revealed. It was also noted that the team used images from social networks to prove the claims.

Addressing the allegations, Moscow conducted its own investigation showing that the Buk missile which hit the flight was made at the Dolgoprudny Plant in Moscow region in 1986, delivered to a military unit in Ukraine and remained there after the collapse of the Soviet Union in 1991. However, the evidence was completely ignored by the Dutch-led investigation.

In its "latest finding", JIT has named 3 Russian citizens and one Ukrainian as suspects in the MH17 downing and announced that a trial into the case will begin in the Netherlands in March 2020.

Moscow once again slammed the accusations, calling for an unbiased investigation. According to President Vladimir Putin, Russia could only recognise the results of the probe if it was allowed to participate in it.