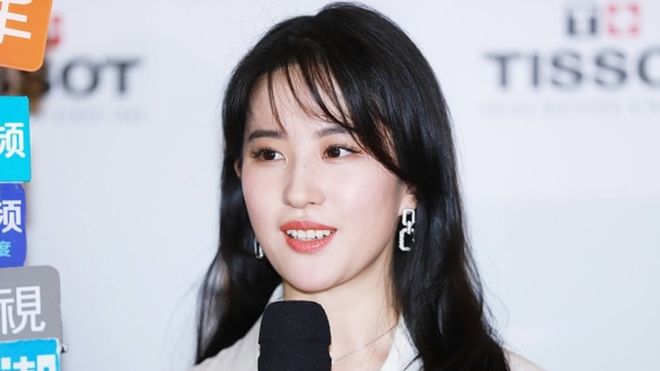 Disney's live-action remake of the animated film Mulan is facing calls for a boycott, after its star voiced support for Hong Kong's police force.

The territory has been convulsed by sometimes violent pro-democracy protests over the past 10 weeks.

Rights groups and the UN have accused the police of a heavy handed response.

Ms Liu had shared a Weibo post from the government-run Beijing newspaper People's Daily that read (in Chinese): "I also support Hong Kong police. You can beat me up now."

The post adds in English: "What a shame for Hong Kong."

The quote referred to what are said to be the words of a reporter for the state newspaper Global Times, who was attacked by protesters at Hong Kong's airport earlier this week after being accused of being an undercover police agent.

She received widespread support on the platform, which is subject to censorship.

But on Twitter, which is banned in China, the hashtag #BoycottMulan began gaining traction.

Twitter users accused the actress of supporting police brutality, and also pointed to the freedoms she enjoys as an American citizen.