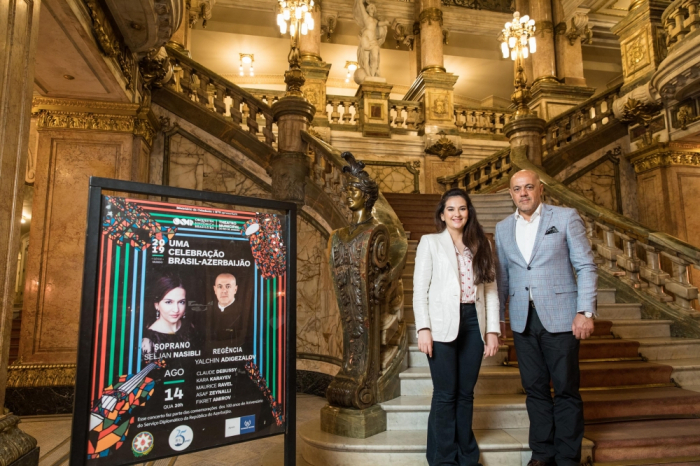 A special concert program celebrating the 100th anniversary of Azerbaijan’s diplomatic service has been held at the famous Municipal Theater of Rio de Janeiro, Brazil. Brazilian Symphony Orchestra performed Azerbaijani and European classical music at the concert, which was conducted by Yalchin Adigozalov with the participation of soprano Seljan Nasibli.

Organized by the Azerbaijani Embassy in Brazil in partnership with the National Commission of Azerbaijan for UNESCO, the cultural event was attended by Brazilian state officials, representatives of the mayor’s office, students and professors of the Federal University of Rio de Janeiro, as well as members of the Brazilian National Congress.