China's yuan sinks to lowest in 11 years amid trade tension 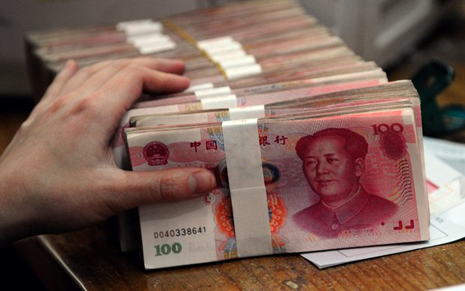 China's currency on Monday (Aug 26) slid to its lowest point in more than 11 years as concerns over the US trade war and the potential for global recession weighed on markets.

The onshore yuan was around 7.1425 to the US dollar in late morning Asian trading, its weakest point since early 2008, but slightly off lows reached earlier in the day.

Global economic tensions have intensified in recent days with the US and China raising tariffs on each other's imports, President Donald Trump calling on US businesses to leave China, and the fracas fuelling warnings of a worldwide downturn.

The yuan is not freely convertible and the Chinese government limits its movement against the dollar to a 2 per cent range on either side of a figure that the central bank sets each day to reflect market trends and control volatility.

The People's Bank of China has set that rate steadily weaker in recent weeks and set it on Monday at 7.057 to the dollar.

Allowing the yuan to depreciate makes Chinese exports cheaper, and offsetting some of the burden of punitive US tariffs.

"The gloves are coming off on both sides and as such yuan depreciation is an obvious cushion against US tariffs," Mitul Kotecha, a senior emerging markets economist at Toronto-Dominion Bank told Bloomberg news.