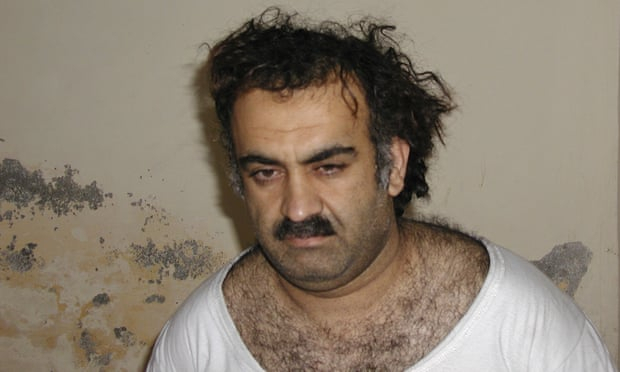 A military judge has set a trial date for five men held at Guantánamo Bay and facing the death penalty for their alleged role in the 9/11 terrorist attacks – nearly 20 years after the atrocities took place, the Guardian reported.

Judge Col W Shane Cohen set a start date of early 2021 in an order setting motion and evidentiary deadlines on Friday. The five defendants include Khalid Shaikh Mohammed, a senior al-Qaida figure who has portrayed himself as the mastermind of the 11 September 2001 attacks and other terrorist plots.

The men were first charged in 2008 and military commission proceedings began in 2012 but have moved at a snail’s pace, with more than 30 pre-trial hearings and endless procedural arguments.

Witnesses have died, lawyers have grown old and victims’ families patience has been sorely tested.

In setting 11 January 2021 for the start of selection of a military jury, Cohen acknowledged that the trial at the base at Guantánamo Bay, the US militaryzone in south-east Cuba, “will face a host of administrative and logistics challenges”.

The US charged the five with war crimes that include terrorism, hijacking and nearly 3,000 counts of murder for their alleged roles planning and providing logistical support to the 9/11 plot, in which airliners were crashed into the World Trade Center in New York, the Pentagon near Washington and a field in Pennsylvania.

The five could receive the death penalty if convicted at the military commission, which combines elements of civilian and military law.

Mohammad, described by the the 9/11 commission report as the “principal architect” of those attacks, was captured in Pakistan in 2003 and held and tortured in secret CIA “black sites” in Afghanistan and eastern Europe for three years, before being flown to Guantánamo in September 2006.

His co-defendants are Walid bin Attash, alleged to have run an al-Qaida training camp in Afghanistan where two of the hijackers were trained; Ramzi bin al-Shibh, a Yemeni accused of helping organise logistics for the attack; Ammar al-Baluchi, alleged to have played a critical role in funding the hijackers and organising their flight school training; and Mustafa Ahmad al-Hawsawi, a Saudi accused of acquiring cash, credit cards and clothing for the hijackers.

There is still no guarantee the trial will begin before the 20th anniversary of the 9/11. Cohen issued a 10-page scheduling order giving prosecutors a 10 October deadline to provide materials for the case. According to the New York Times, Cohen “begins a series of hearings next month with witnesses in an effort by the defense teams to exclude confessions the defendants made to FBI agents in early 2006 as tainted by the years of CIA torture.”

Barack Obama tried and failed to close the prison on Guantánamo Bay, whereas Donald Trump pledged to “load it up with some bad dudes” and signed an executive order to keep it open. There has been little mention of the prison in the 2020 election campaign so far.