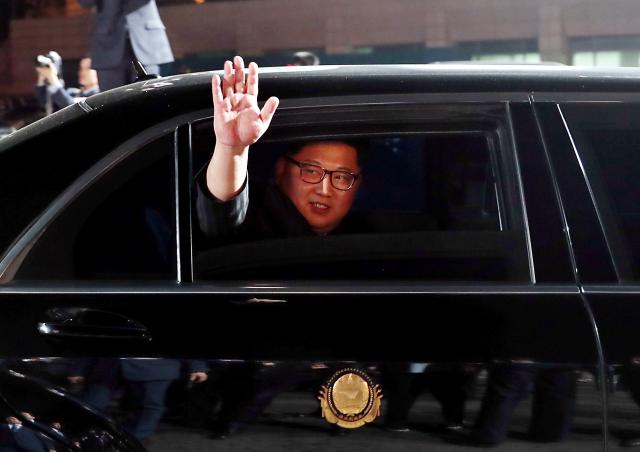 North Korea said on Monday it was willing to restart nuclear talks with the United States in late September, but warned that chances of a deal could end unless Washington takes a fresh approach, reports AzVision.az referring to Reuters.

North Korean leader Kim Jong Un agreed in a June 30 meeting with U.S. President Donald Trump to reopen working-level talks stalled since their failed February summit in Hanoi, but this has yet to happen in spite of repeated appeals from Washington.

In a statement carried by North Korea’s official KCNA news agency, Vice North Korean Foreign Minister Choe Son Hui said Pyongyang was willing to have “comprehensive discussions” with the United States in late September at a time and place agreed between both sides.

Trump was asked about the offer while speaking to reporters at the White House and as he often does, mentioned his “good relationship” with Kim.

“I just saw it as I’m coming out here, that they would like to meet. We’ll see what happens,” Trump said. “I always say having meetings is a good thing, not a bad thing.”

Asked for comment, a U.S. State Department spokeswoman said: “We don’t have any meetings to announce at this time.”

On Sunday, U.S. Secretary of State Mike Pompeo said he hoped for a return to denuclearization talks in the coming days or weeks while reiterating the U.S. objective of North Korea’s complete denuclearization and saying Washington was disappointed by North Korean short-range missile tests.

Choe stressed that Washington needed to present a new approach or the talks could fall apart again.

“I want to believe that the U.S. side would come out with an alternative based on a calculation method that serves both sides’ interests and is acceptable to us,” Choe said.

“If the U.S. side toys with an old scenario that has nothing to do with the new method at working-level talks which would be held after difficulties, a deal between the two sides may come to an end.”

In April, Kim set a year-end deadline for the United States to show more flexibility in talks, which broke down in February over U.S. demands for North Korea to give up all of its nuclear weapons and Pyongyang’s demands for relief from punishing U.S.-led international sanctions.

The end-of-September time frame would coincide with the annual United Nations General Assembly in New York, which Pompeo is due to attend. North Korea’s mission to the United Nations said last week that Foreign Minister Ri Yong Ho would not attend “due to his schedule.”

North Korea has demanded that Pompeo be replaced with a “more mature” person in the U.S. negotiating team, while lauding the rapport built between Kim and Trump in three meetings since June 2018.

The U.S. special representative for North Korea, Stephen Biegun, led working-level talks with North Korea in the run-up to the failed Hanoi meeting.

In a speech at the University of Michigan on Friday, Biegun said Washington’s aim was to transform relations with Pyongyang and establish permanent peace on the Korean Peninsula but stressed that this would require the elimination of weapons of mass destruction.

Embarking on an “intensive set of negotiations” is necessary, Biegun said, adding that “the diplomatic opening is fragile” and expressing concern about North Korea’s continuing weapons development.

There were “immediate actions” the United States could take if negotiations made progress, Biegun said, but he did not elaborate.

Before the Hanoi summit, U.S. officials raised the possibility that while sanctions would remain, Washington might be willing to take interim steps such as boosting humanitarian aid or opening liaison offices.