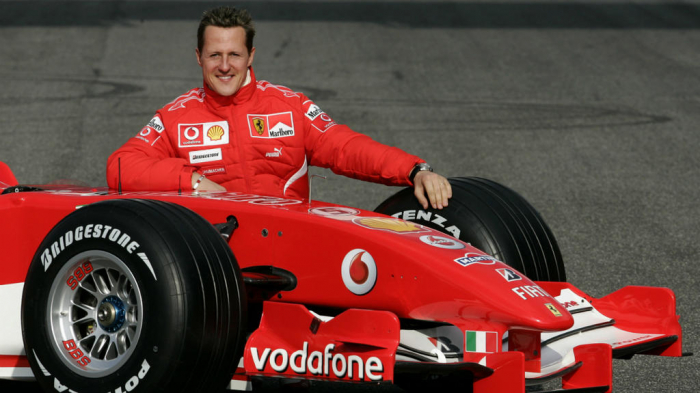 But according to Le Parisien, the 50-year-old German is in the cardiovascular department overseen by surgeon Philippe Menasche, described as a 'pioneer in cell surgery against heart failure'.

Schumacher will receive stem cells to obtain an anti-inflammatory effect throughout his system, Le Parisien suggests.

"The treatment will begin on Tuesday morning and [he will] leave the establishment on Wednesday," said Le Parisien, which claims the former Ferrari star has already been treated at the hospital in southwestern Paris twice this spring.

The athlete was struck down by a skiing accident that snapped his helmet in December 2013 and little information on his condition has been made public since.

He was placed in a medically-induced coma for six months after the fall and was moved from Grenoble hospital to Lausanne before being returned home in September 2014 to receive private treatment.

It has been suggested by old friends he is unable to walk or properly communicate.

Schumacher won his first world title 25 years ago and had won his first Grand Prix back in 1992. His glory years were spent at Benetton and Ferrari, for whom he won the last of his 91 Grand Prix victories in China in 2006.

He came out of retirement in 2010 for a three-year stint with Mercedes.

Fans still revere the determined German, Ferrari's most successful Formula One driver. They chanted his name last weekend at Monza, the Italian constructor’s home circuit, with Schumacher’s son Mick, who is part of the Ferrari Driver Academy, in attendance.