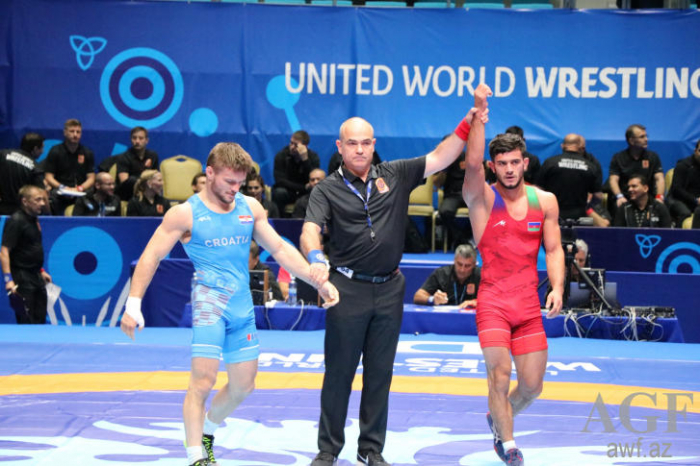 The licensed World Championship in wrestling has started in Nur Sultan city, the capital of Kazakhstan, AzVision.az reports Sept. 14.

On the first day of the competition, Greco-Roman style wrestlers meet in the weight categories of 55, 63, 72 and 82 kg.

Azerbaijan’s Rafig Huseynov in the classification round easily defeated the representative of Moldova.

The licensed World Championship in wrestling started in the capital of Kazakhstan.

It is also worth noting that Georgia’s wrestler Beka Kandelaki, who will perform at the World Championship for the first time as part of the Azerbaijani national team, made his debut in the national team in August this year at the international tournament in Tbilisi, where he took third place.

The wrestlers who take places from the first to the sixth at the World Championships will win the licenses for the Olympic Games in Tokyo.