Messi says tax problems made him want to leave Barcelona 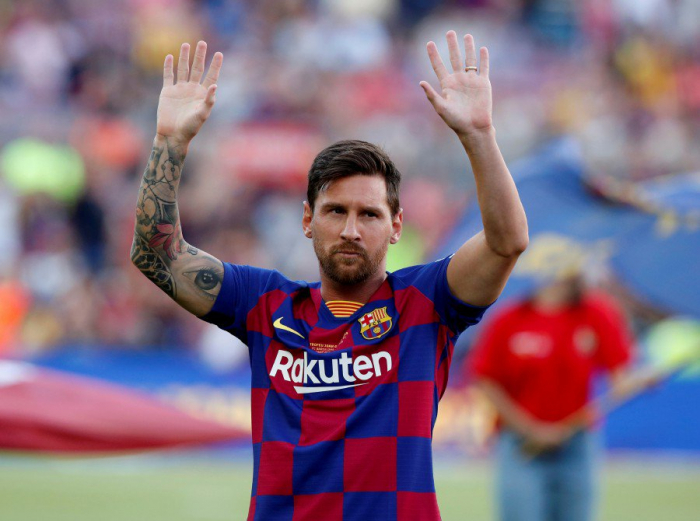 Lionel Messi has admitted he wanted to leave Barcelona when he was under investigation from the Spanish tax authorities but insists now he intends to finish his career at the club, AzVision.az reports citing AFP.

In an interview with Catalan radio station RAC1, Messi also said he had expected Neymar to sign for Real Madrid last summer after Barca failed to strike an agreement with Paris Saint-Germain.

Messi and his father Jorge were found guilty of defrauding Spain of 4.1 million euros in taxes between 2007 and 2009, for which they paid close to 10 million euros and Messi was handed a 21-month suspended prison sentence.

Asked on Tuesday night if he had ever wanted to leave Barcelona, Messi said: "In 2013-14, when I started having the tax problems, it was very difficult for me and my family."

The 32-year-old's current contract expires in 2021 and Messi believes extending his deal "will not be a problem".

"Today it is clearer that my idea is to finish here," Messi said. "For how I am at the club, for what I feel, and for the family and the children and how settled we are in this city. I would not like to disrupt that.

"Of course anything can happen but in principle, the idea is to stay here."

"I always dreamed of being able to play again for Newell's and to have the experience of playing football in Argentina," he said.

"But I have already told them that sometimes you have to think about what is best for your family."

- No rift with Griezmann -

Messi was keen to be reunited with Neymar last summer but Barcelona were unable to agree a fee with PSG.

"I honestly thought at one time, especially in this market, that if he did not come here, he would go to Real Madrid Madrid because I thought he wanted to leave," Messi said.

"I wanted Ney to come because as a footballer, he is one of the best in the world. He is unpredictable, different and having him in our team would have given us more options."

Barcelona did sign Antoine Griezmann from Atletico Madrid, despite him rejecting the Catalans the year before. Messi denies suggestions of a rift between him and the Frenchman.

"The first year when we wanted to sign Griezmann, I said he was one of the best and that the best are always welcome," Messi said. "I have never had problem with him coming. So it's a lie."

Messi also offered his support to Barcelona coach Ernesto Valverde, who has been under pressure after a bumpy start to the season followed the team's Champions League collapse against Liverpool in May.

"It was not the coach's fault but it was also not my decision for him to stay," Messi said. "The club decided Valverde would continue and for me that was a joy, good for stability and he is a coach we support and love.

"If another coach comes, we will be with him. To achieve success, we all have to be united."

Messi scored his first goal of the season in a 4-0 thrashing of Sevilla on Sunday, after two months spoiled by calf and thigh injuries.

"I'm still a bit short but I'm feeling better," Messi said. "My legs hurt against Sevilla but it's what happens when you come back. I'm getting closer."