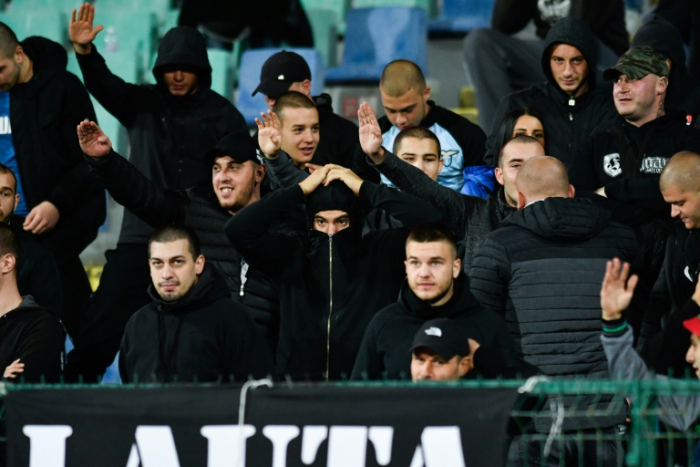 UEFA chief Aleksander Ceferin's promise to wage war on stadium racists will be put to the test when charges of monkey chants and Nazi salutes against Bulgaria fans are heard by a disciplinary commission on October 28, AzVision.az reports citing AFP.

"The Bulgaria case will be examined October 28," a UEFA spokesperson told AFP on Thursday.

One 18-year-old was indicted on Wednesday for using Nazi salutes at the match and four others have been fined and banned from sports events for two years.

So far 15 people have been singled out via CCTV at the Vasil Levski National Stadium as being suspected of directing abuse against England's black players.

In total, 15,000 people watched the match at a stadium already partially closed after racist incidents during games against Kosovo and the Czech Republic in June.

FIFA president Gianni Infantino said Thursday he would press for a worldwide ban on spectators who abuse black footballers.

Ceferin said the sport needed to "wage war" on abusers.

"Everyone from administrators to players, coaches and fans -- needs to work with governments and NGOs to wage war on the racists and to marginalise their abhorrent views to the fringes of society," he said.