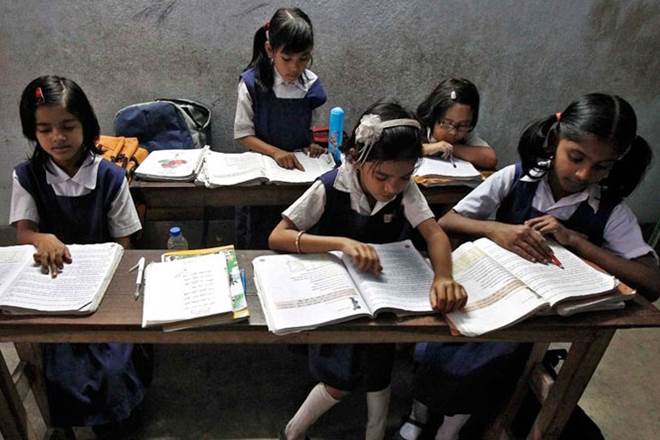 In setting global targets for closing the gender gap and achieving universal education by 2030, governments and development advocates tend to focus on the need to build more schools and increase enrollment rates for women and girls. But while these objectives cannot be ignored, Afghanistan's experience shows why they are not enough.

Despite frequent calls for action to provide universal primary education and eliminate gender disparities, few developing countries have made much progress toward these goals. For example, although South Asia made substantial progress toward achieving gender parity during the era of the Millennium Development Goals (2000-2015), the region still has the second-highest number of out-of-school children in the world, and lags behind international standards on several key indicators.

Girls account for the majority of the region’s ten million children who are not receiving formal education, owing to a lack of schools, poverty, the threat of violence, and social customs. Progress has been especially slow in countries like Pakistan and Afghanistan, where patriarchal values and traditional cultural norms militate against girls’ education.

In Afghanistan, women’s status declined sharply under Taliban rule between 1996 and 2001. Public education for girls was banned, and many government-run girls’ schools were converted into male-only institutions. Gross female enrollment fell from 32% to just 6.4% by 2001, by which time as many as 1.5 million children had been barred from school. The literacy rate for Afghan women fell to as low as 3% in rural districts. With little opportunity to acquire skills, thousands of young girls were forced into early marriage.

Given these historical conditions, Afghanistan has long represented an important test case for global efforts to provide universal education. After the Taliban regime was toppled, the Afghan constitution was amended, in 2003, to guarantee women and girls the right to an education. And women have been allowed since 2005 to participate in politics. But the influence of patriarchy remains strong. Socialization and mobility outside the household remain limited for girls, particularly after puberty. Worse, after almost two decades of US intervention, the Taliban insurgency is stronger than ever. Attacks on girls’ schools are once again on the rise. And with the United States calling off recent peace talks, Afghanistan’s political future looks precarious.

To understand what is at stake, we should consider the important achievements that have been made since 2001. In a recent study that I co-authored with Md. Abdul Alim and M. Anowar Hossain of BRAC International, we found that there has been a sharp increase in Afghanistan’s gross primary- and secondary-education enrollment ratio since the Taliban fell. Between 2001 and 2013, the total number of schools operating in the country increased from around 3,500 to 14,600, and the average primary-school completion rate for girls increased from 47% to 52%. By 2015, the female-to-male ratio in primary- and secondary-school enrollment had risen to 69% and 56%, respectively.

Even so, participation and retention rates remain low by international standards. The share of girls enrolled in school falls from 39% in first grade to 35% by ninth grade (the end of the lower secondary cycle), with a sharp decline coming at the end of the primary cycle (sixth grade). In explaining these rates, the Afghan government points to a continued shortage of all-girls’ schools, qualified female teachers, and resources for existing schools.

Yet we also found that the poor quality of education may also be a reason for low enrollment and retention. Even Afghan girls who are in school are not learning much. Among girls enrolled in grades four through nine, advancing from primary to secondary grades yields almost no gains in basic numeracy; and similar results follow from an analysis of student performance in oral reading fluency and comprehension. These findings are in line with those from an earlier nationwide study, which concluded that only 43% of a sample of third-grade children could read with comprehension.

These findings could have implications for the broader education challenge in Afghanistan. There are currently around 3.7 million children, mostly girls, who are not in school. But reforms to enroll them may not succeed if the poor quality of education is one of the main reasons why parents are keeping their daughters at home (if not marrying them off).

To be sure, the learning crisis is not confined to Afghan public schools. Similar gaps can be found in Bangladesh and India. But these countries, at least, have made much more progress in enrolling girls. In post-Taliban Afghanistan, girls’ education still is not a society-wide priority, not least because conservative religious groups remain staunchly opposed to it in principle.

Generally speaking, aid agencies and their development partners have been right to focus on helping the governments of fragile states like Afghanistan build more schools and invest in girls’ education. As Gordon Brown, a United Nations Special Envoy for Global Education, writes, “putting girls in school is the most effective way to keep them free from exploitation, forced labor, trafficking, and child marriage.”

But efforts to achieve universal education will fail if schooling does not translate into basic numeracy and literacy skills. To account for the learning crisis in many developing countries, governments and development agencies should look for more opportunities to form strategic partnerships with non-state providers. In Bangladesh, for example, schools run by BRAC employ female teachers (which is key to increasing girls’ enrollment), and outperform government-run schools in terms of learning outcomes.

Fortunately, the Afghan government has begun to open its doors to innovative NGO models like BRAC’s community-based education program. But a shortage of qualified female teachers makes scaling up such efforts difficult to impossible. Women account for just one-third of all teachers in Afghan primary and secondary schools, partly owing to extremely low female literacy. And, as we have seen, the poor quality of education in existing schools threatens to derail the next generation of would-be female teachers.

Needless to say, international support for education in Afghanistan must be sustained. But given the evidence of extremely shallow learning (little learning per grade) in government-run girls’ schools, we must also focus on strengthening state capacity in the education sector. Only by making the investments necessary to improve the quality of education can we end the vicious, cross-generational cycle of illiteracy in Afghanistan, let alone achieve the Sustainable Development Goals by the 2030 target date.

M Niaz Asadullah is Professor of Development Economics at the University of Malaya in Kuala Lumpur and Head of the Southeast Asia cluster of the Global Labor Organization.