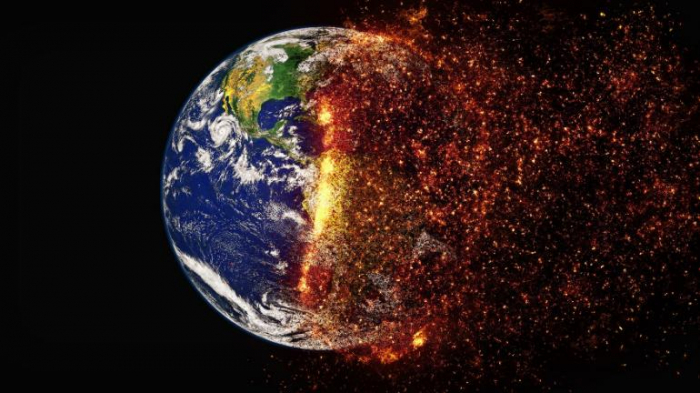 In response to growing public demand, policymakers and business leaders are increasingly uniting around shared commitments to reduce planet-warming greenhouse-gas emissions. But while phasing out fossil fuels is necessary, ensuring humanity's long-term survival will also require far-reaching protections for the Earth's natural systems.

More than 600 cities have announced measures to tackle climate change, and more than 680 of the world’s largest corporations have committed to cut greenhouse-gas emissions in line with the 2015 Paris climate agreement. These policymakers and business leaders are responding to growing public demands for climate action, which have been vividly exemplified by school strikes and other mass demonstrations over the past year. But global warming is just one of multiple urgent, interlocking crises that are now imperiling the very foundations of human wellbeing.

While few dispute the need to combat climate change, the Earth’s biodiversity, soil, air, oceans, and freshwater systems are also increasingly threatened. Together, these natural systems interact with the climate and determine the environmental conditions for the entire planet. Should those conditions continue deteriorating, the lives and livelihoods of millions of people, especially in the Global South, will be at risk.

This is why, for the first time in history, policymakers and the science community must consider the extent to which man-made forces are threatening the benign conditions that have allowed societies to flourish over the last 10,000 years. We are on the cusp of a dangerous planetary shift, whereby the Earth’s natural systems will move from absorbing the deleterious effects of human activities to intensifying them.

Worse, we can already say with certainty that phasing out fossil fuels, while necessary, will not be enough to meet the Paris agreement’s target of keeping global warming well below 2°C relative to pre-industrial levels. We also will need to safeguard the health and functionality of natural systems, from polar regions and forests to grasslands and marine environments. To do that, we will need shared targets based on scientifically defined guardrails for the entire Earth system.

Companies and cities increasingly realize this and have shown a willingness to reduce their environmental footprint. For example, in the wake of this year’s devastating fires in the Amazon basin, 230 institutional investors, representing $16.2 trillion in assets under management, called on companies with supply chains connected to these vulnerable ecosystems to implement new anti-deforestation measures. Yet, while the Paris agreement establishes quantitative science-based targets for tackling climate change, specific international targets for preserving the rest of the global commons are scarce, and there are very few mechanisms for translating such benchmarks into meaningful standards for different countries, companies, and cities.

To make up for this shortfall, we are co-chairing the first Earth Commission, which will define science-based targets for maintaining a stable and resilient planet. Our findings will then be used to determine practical goals for cities – which are already home to half the world’s population – and companies to pursue.

Convened by the global research organization Future Earth with the support of the Potsdam Institute for Climate Impact Research and the International Institute for Applied Systems Analysis, the Earth Commission brings together some 20 internationally recognized natural and social scientists from around the world.

These experts – who held their first meeting near Washington, DC in November – will form one element of a broader “coalition of the willing” comprising nongovernmental organizations, businesses, and governments, organized by the Global Commons Alliance.

The Earth Commission will spend the next three years compiling a high-level synthesis of knowledge on the processes that regulate the planet’s stability and underpin biodiversity and life-supporting land, water, and oceanic systems. It will also provide a scientific synthesis of the social transformations required to sustain the development of human societies within a safe planetary operating space.

The commission’s work will provide the evidence needed to enable another coalition member, the Science Based Targets Network, to carry out its work. The SBTN, which comprises leading environmental institutions and NGOs, will set specific, achievable goals for companies and eventually cities, helping them to reduce their environmental impact and start to restore natural systems.

In areas where intergovernmental negotiating bodies – such as the United Nations Conventions on Biological Diversity, Combating Desertification, and the Law of the Sea – are already working to establish science-based targets, the coalition will support this work. For cities and companies, the coalition will translate general benchmarks into tailored, actionable goals. The goal is to make adoption of such objectives the new standard practice for all businesses and cities by 2025.

Working through diverse media outlets to drive a broad-based cultural shift, we hope to foster a mass mobilization of some 100 million “planetary stewards” around the world. Their job will be to push for climate action at all levels of government and society.

Taken together, these efforts will add up to an ambitious and truly transformative undertaking. Now is the time to turn the impending crisis of the global commons into an opportunity for us all.

Johan Rockström is Co-Chair of Future Earth’s Advisory Committee and Director of the Potsdam Institute for Climate Impact Research.

Joyeeta Gupta is Professor of Environment and Development in the Global South at the University of Amsterdam and Professor of Law and Policy in Water Resources and Environment at the IHE Delft Institute for Water Education.

Dahe Qin is Director of the Academic Committee of the Chinese Academy of Sciences.