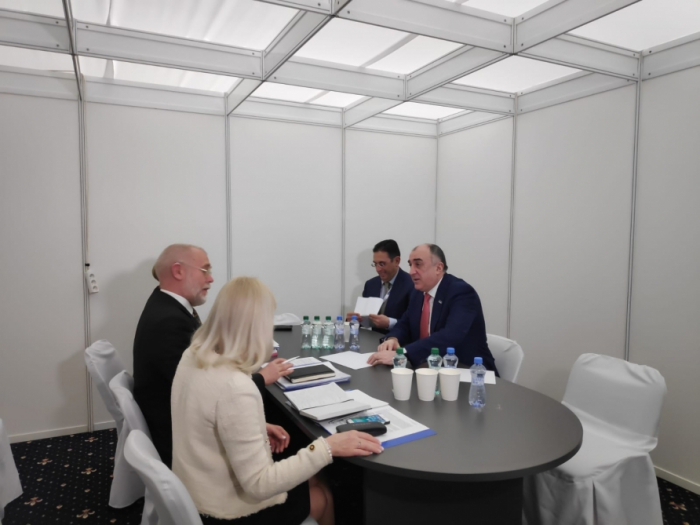 Azerbaijan's Foreign Minister Elmar Mammadyarov has met with Finnish Deputy Foreign Minister Matti Anttonen on the sidelines of the 26th meeting of the OSCE Ministerial Council in Bratislava, Slovakia.

The sides exchanged views on the current state of bilateral relations between the two countries. They stressed the importance of further development of the bilateral cooperation in political, economic, trade, cultural, humanitarian and other spheres.

The sides also discussed the current state of the negotiations over the settlement of the Armenia-Azerbaijan Nagorno-Karabakh conflict, including the meeting of the foreign ministers of both states in Bratislava.

They exchanged views on other issues of mutual interest, including the regional and global security issues.