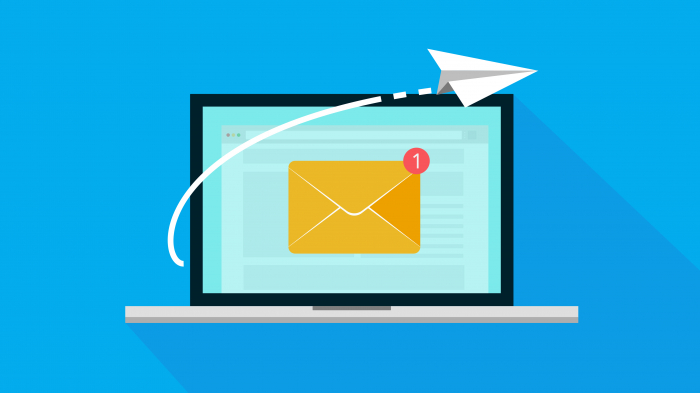 “Emails like this are usually riddled with corporate speak so I’m going to give it to you straight,” began a company memo from Twitter CEO Jack Dorsey. He went on to outline a planned staff cuts, intended to strengthen the company moving forward.

Though I can count a few ways I would have shored up that email, I commend the CEO on his efforts to get straight to the point. Unnecessarily wordy, and sometimes downright unnecessary, emailing has gone unchecked for far too long. The effects go beyond the anxiety you feel every time you hear the ping of another email notifications. Unruly emailing may be hurting your team’s productivity, and over time, your company’s bottom line.

The average full-time worker receives around 120 emails per day. That amounts to approximately 2.6 hours of time spent sifting through our inboxes daily. Imagine if you could cut that number in half. Research shows that a shocking portion of the emails we receive don’t even merit a glance. But people continue to send them, and despite the rise of messaging apps like Slack, Twist and Google Hangouts, email continues to be the principal form of business communication.

That's why it’s crucial to figure out how to sharpen your email skills to ensure your next message cuts through the noise. What’s more, effective emails can boost productivity and save time for both the sender and the recipient. Here, a guide to more successful emailing based on strategies utilized by the people whose jobs is successful communication: marketing pros.

In marketing, there’s a term called “segmenting." It means dividing customers into smaller groups based on characteristics such as age, income, personality traits or behavior. That way, you can tailor and optimize the content you later send them. Let’s say you’re a ticketing company. A 20-year-old might be interested in the upcoming Justin Bieber concert, but a 70-year-old? Not so much.

Segmenting is a strategy that companies use to increase the likelihood that their emails will be read and acted upon. Nowadays, customers want to feel like an organization is speaking to them, and one way to do that is by sharing information that is relevant to them. The same way that marketers take care with their recipients, we should do the same when composing emails to our colleagues. If you need to send an email, first decide who absolutely must be on that email, because emailing someone can undermine your credibility in the eyes of the recipient if the message isn’t relevant to them. The same goes for excessively Cc'ing your manager. According to Cambridge University professor David De Cremer, overzealous Cc'ing is not only annoying -- needlessly flooding inboxes -- but it can create mistrust between colleagues. Or, as Professor De Cremer says, it builds a “culture of fear and low psychological safety.”

Not to mention, many emails (probably a lot more than you expect) don’t need to be sent at all. Duke University behavioral economist Dan Ariely found that “roughly a third of messages did not need to be seen at all, and only about a tenth of emails were considered important enough to need to be read within five minutes of receipt." That's reason enough to think twice before the next time you click “send.”

2. Be strategic about your CTA.

A CTA, or call-to-action, is the last bit of an email where you encourage your reader to do something: shop now, learn more, sign up, etc. Sometimes, the CTA is a button, but it doesn’t have to be. It does have to be concise, attention-grabbing and easy to understand. For marketers, CTAs are non-negotiable because they help businesses get more customers.

In our everyday emails, this device can be just as useful for accomplishing the purpose of our message. Be it organizing a meeting, requesting feedback or assigning a project, a concise, final reminder of what we’re after can improve the utility of any email. In fact, it’s so important that I tend to start my emails with CTAs and work backwards.

To make your CTAs pop, separate them from the body of the text and play around with bold text and colors. If you have several action items, separate them with bullet points, and try to limit your action items to two per email. Another helpful practice: If you’re addressing multiple recipients, use “@” to assign action items to different people, e.g. "@Pam: review slides and send feedback by Tuesday EOD." That way, there’s no ambiguity about what’s expected from whom.

The adult attention span is eight seconds. After that, most people tend to lose focus. That gives you a mere eight seconds to get your point across. Given that around 47 percent of emails are opened on a mobile device, where a War and Peace-length message is even less likely to be finished, you better make it brief.

Experts recommend limiting your emails to 150 words or less. As Harvard Business Review explains, “While context is critical to guiding the reader’s interpretations, remember that what they need to know is inevitably a subset of everything you could tell them.”

If you find it impossible to stick to that word limit, consider breaking your message down into separate emails. It’s also important to make a human connection at some point. Nobody wants to read a message that sounds like it was written by a robot. So take a second to think about your audience and add a personal touch. That could look something like:

Regarding this week’s budget meeting...."

It doesn’t have to be extraordinary; just a quick, genuine connection.

Finally, craft a subject line so good they can’t ignore you (or your email). Research on email marketing has found that 50 percent of subscribers open an email based on the subject line alone. It’s worth the extra effort to craft a compelling, informative and creative subject. One great piece of advice, borrowed from military communication practices, is to include action words that describe the nature of your message. And to take it one step further, capitalize those action words.

DECISION — Which designer do you prefer?

Using this technique, the recipient immediately knows what to expect and what’s expected from them, if anything.

Emailing can be a source of stress, but it doesn’t have to be. As CEO of my company, JotForm, I receive at least a hundred emails each day, and some days, send nearly as many myself. But by practicing some simple email etiquette, we can all get more out of our favorite form of business communication. And remember: Don’t be afraid to pick up the phone once in a while.

Read the original article on entrepreneur.com.