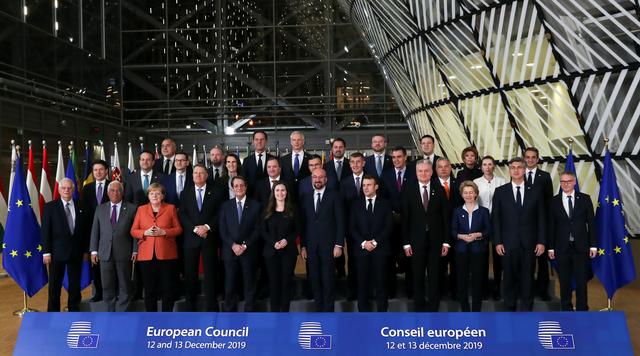 European Union leaders postponed on Friday a package of reforms to safeguard the euro zone from a new crisis, giving finance ministers another six months to work out compromises in discussions that have dragged on since June 2015.

The 19 countries sharing the euro, shaken by the sovereign debt crisis, want to prepare for future trouble better through close integration of banks, a euro zone budget and expanded role for the ESM bailout fund.

But even though this is a slimmed down wish-list, EU leaders failed to agree any of the three elements on Friday.

Reform of the bailout fund would allow it to lend to the euro zone’s bank resolution fund, which arranges the winding down of banks, should it run out of cash in a major crisis.

It would also make it more difficult for investors to block sovereign debt restructuring and allow the ESM to mediate between investors and the sovereign.

Euro zone governments agreed this in June, but Italy withdrew support due to domestic politics and to block a German push to reduce risks posed by bond portfolios in banks.

Germany wants to stop treating government bonds as risk-free and limit the amount of bonds of a single sovereign that a bank can hold to make it less vulnerable.

This is a problem for Italy, whose banks hold a majority of debt issued by the government, but Germany has made this a condition for it agreeing to a euro zone-wide bank deposit insurance scheme.

Leaders also did not make progress on the size of a euro zone budget, which finance ministers proposed at around 17 billion euros ($18.7 billion) over seven years.

Finland, which holds the rotating EU presidency, proposed the money should be part of wider EU funding to equalise living standards between Europe’s poorest and richest regions.

“We encourage work to be taken forward on all these issues and will come back to them at the latest in June 2020,” EU leaders said.