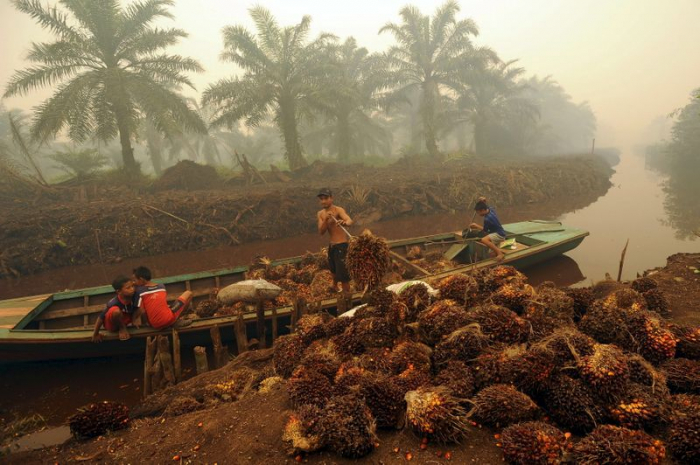 Indonesia is prepared to walk away from talks on a free trade deal with the European Union over the bloc’s stance on palm oil, while also launching a probe into subsidies on dairy imports from the EU, a trade ministry official said.

Trade tensions have risen since the European Commission concluded that palm oil causes excessive deforestation and should not be considered sustainable, meaning palm-based diesel in transport fuel would be phased out between 2023 and 2030.

Indonesia, the world’s top palm oil producer, said on Sunday it has filed a lawsuit at the World Trade Organization (WTO) against the EU, saying its policy is unfair.

“We have told the EU, if there’s no palm oil, there will be no CEPA,” the Trade Ministry’s director of trade security Pradnyawati told reporters, referring to a comprehensive economic trade agreement (CEPA).

But she said for now Indonesia would continue talks, and still aimed to conclude CEPA by the middle of next year.

The EU biodiesel market is worth an estimated 9 billion euros ($10 billion) a year, with imports from Indonesia worth about 400 million euros, the European Commission said.

Vincent Piket, the EU’s ambassador to Indonesia and Brunei, said CEPA negotiation and the WTO lawsuit were separate issues, urging both parties to stick to WTO rules in carrying out trade.

“In that way we avoid a knock-on effect from the one onto the other,” Piket said in an emailed statement, adding both sides have “a strong interest in putting in place a solid basis for a mutually beneficial economic agreement for the long term”.

Indonesia’s Pradnyawati said the trade ministry’s anti-dumping committee had been asked to investigate whether EU dairy products exported to Indonesia benefited from subsidies.

She said Indonesia did not rely on European dairy products and was “committed” to increase dairy imports from Australia after reaching a trade agreement earlier this year.

Indonesia’s total dairy and egg imports in 2018 were worth $1 billion, trade ministry data showed, with most dairy coming from Australia, New Zealand, the United States and Europe.

Previous trade minister Enggartiasto Lukita said in August he planned to recommend a 20%-25% tariff on EU dairy products in retaliation for the EU’s anti-subsidy duties on Indonesian biodiesel exports.

EU representatives in Indonesia had warned that such action would violate WTO rules.

Meanwhile the EU launched a complaint at the WTO in late November over Indonesian curbs on nickel ore exports, and hit Indonesian biodiesel with tariffs last week.