When is knowledge power?- OPINION 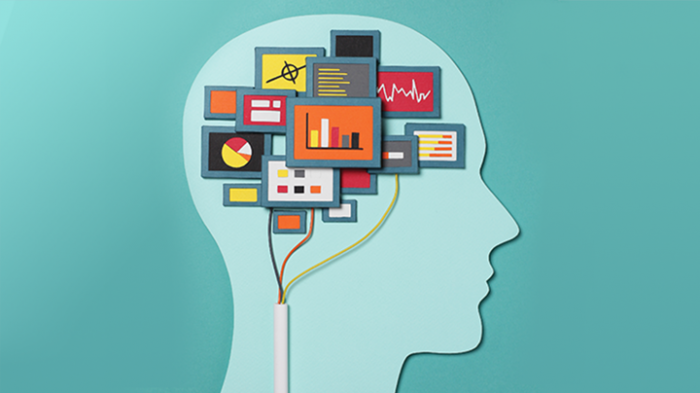 In theory, a growing supply of information could help improve governance, infrastructure, and delivery of services such as education, health care, and agricultural extension. But if information is to meet its potential to help the world's poor, three conditions must be met.

Nowadays, most of us have vast amounts of information at our fingertips. In theory, that information could help improve governance, infrastructure, and delivery of services such as education, health care, and agricultural extension. But there are major gaps in access to relevant information, especially in rural areas, where nearly 68% of the world’s poor live. And even where there is relevant information, translating it into action is no simple task.

Consider governance. Policymakers need data about economic output, consumption, migration, citizen demands, and myriad other factors to make informed decisions about taxation and expenditures, including social programs. Likewise, citizens need information about politicians’ mandates and performance, if electoral incentives are to work. Even in autocratic settings, information can boost accountability, such as by spurring popular protests.

The same goes for the delivery of infrastructure services. Governments and service providers need data about where and how people live – especially those who are most geographically, politically, and economically isolated – to make sound investments. Citizens, for their part, need to know which services are available, where, and how to access them. They also need to know how they can influence the policy process, to ensure, say, that a school is built in a convenient location.

Although access to information has drastically improved across low-income countries over the last decade, rural service providers and users alike often lag far behind their urban counterparts. Providers may not have enough data to determine what users need or want, and users lack information about the capabilities of service providers. Given these information gaps, political leaders often overlook the needs of rural citizens – especially those who are uneducated and politically disengaged.

But even where there is broad access to information, this is not enough to bring about measurable gains in poverty reduction, governance, and services delivery. According to our examination of 48 empirical studies from developing countries, information actually improves rural governance only when three conditions are met: the information is credible, meaningful, and sufficiently specific; users have the power to act on it; and incentives encourage them to do so.

In rural, developing-country contexts, at least one of these conditions often is not met, largely or fully nullifying the impact of information. For example, in 2014, Uganda introduced U-Bridge, a platform that allowed citizens to send text messages to local government officials anonymously for free. Despite relatively high levels of system uptake and enthusiasm among district officials, the program failed to bring about durable improvements in service delivery. Most of the information users provided was too vague to be actionable, and they were often discouraged by officials’ responses.

Equally important is the power to act on information. For policymakers, this means designing and implementing policies that reflect data-informed priorities. For citizens, it means having the legal right, competence, and mobility to change their behavior.

As research on agricultural governance in Nigeria shows, knowledge and power do not always go hand in hand. Agricultural experts often have little influence over government spending decisions, and decision-makers lack sufficient technical knowledge. This imbalance exists even within government: local policymakers, who have more information about the situation on the ground, often face constraints in making spending decisions.

The final condition relates to incentives: there must be some net benefit for those who act on the information they receive. Politicians are more inclined to use their power to pursue initiatives with highly visible, short-term benefits than they are to invest in projects that the data indicate will do substantially more good, but less noticeably or in the longer run, such as after they have left office.

But there is also evidence that, when all three conditions are met, information does improve outcomes for poor communities. In India, women’s self-help groups facilitate the exchange of relevant information and provide a support system for members, thereby empowering them socially, politically, and economically, including by helping them to take advantage of public services. One study found that women who participate in such groups are more likely to have a voter identification card, to have voted in the last election, to attend village council meetings, and to believe that the village council is responsive to their needs.

This does not mean that all three conditions should – or can – be established immediately. After all, doing so effectively would require advance knowledge of the likely effects of particular types of information, and that demands more data. Instead, we should begin with more modest, shorter-term goals, such as disseminating relevant information.

To be sure, simply delivering information is not enough to ensure that people understand its implications. But, as research from Tanzania demonstrates, sharing information on, say, development projects and revenue use can boost trust in government – the first step toward empowerment, incentive, and ultimately, impact. Deliberative processes in which individuals can carefully examine information sources may also help. In the longer term, governments and development practitioners should test more comprehensive interventions, with an eye toward ensuring information relevance, power, and incentives.

Government has the power to make information work for development – or to stop it. Non-state actors – including development practitioners, as well as media, civil-society groups, and researchers – can also play a role, by disseminating relevant information in settings where power and incentives are already likely to be present.

The aphorism “knowledge is power” holds a lot of truth, but it can be misleading. If information is to help rural populations thrive, the right conditions must be in place.

Leonard Wantchekon is Professor of Politics and International Affairs at Princeton University.