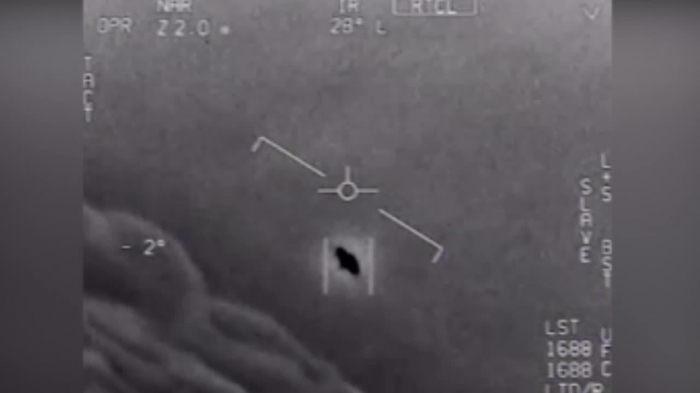 A US fighter pilot whose plane filmed the famous – and still unexplained – “tic tac” UFO footage has spoken for the first time about his close encounter.

Chad Underwood broke 15 years of silence on the subject, describing the object he recorded over the Pacific Ocean as “not behaving within the normal laws of physics”.

The tic tac – so-called because of its rounded shape and white colour – was caught on video as the US Navy attempted to identify a series of objects spotted on radar flying off America’s west coast in November 2004.

The authenticity of the film – which was first made public in 2017 – was finally confirmed by the Pentagon earlier this year. Officials said they still had no idea what the recorded object was. Weather phenomenon, manmade craft and birds have all been ruled out.

Speaking to the New York Magazine, Mr Underwood said: “The thing that stood out to me the most was how erratic it was behaving. And what I mean by erratic is that its changes in altitude, air speed, and aspect were just unlike things that I’ve ever encountered before flying against other air targets.

“It was just behaving in ways that aren’t physically normal. That’s what caught my eye. Because, aircraft, whether they’re manned or unmanned, still have to obey the laws of physics. They have to have some source of lift, some source of propulsion. The tic tac was not doing that.”

And he added: “You’re up there flying, like, ‘Okay. It’s not behaving in a manner that’s predictable or is normal by how flying objects physically move’.”

The sighting came during a fortnight in which the USS Princeton had noted unknown aircraft intermittently passing across its radar systems off the US west coast. The contact was considered so inexplicable that the system was shut down and restarted to check for bugs — but operators continued to track the mysterious object afterwards.

Then on 14 November, Commander David Fravor was flying a mission off the USS Nimitz when he eyeballed the object. It seemed, he later said, to dive below the water, resurface, and speed out of sight when he approached.

As Fravor landed, he told Underwood – just preparing to take off on his own mission – to be aware of unusual activity.

“Dave Fravor was like, ‘Hey, dude. BOLO,’ like, be on the lookout for just something weird,” Underwood said in his interview published on Thursday. “So, we go out to where our designated training area is. We’re not necessarily looking for something, but the Princeton had a specific object that they wanted us to hunt, for lack of a better word. And all of a sudden, I got this blip on my radar.”

He said he did not see the object with his own eyes because he was focused on capturing video footage for intelligence to analyse later.

But he added: “The thing that was the most interesting to me [was] how erratic this thing was. If it was obeying physics like a normal object that you would encounter in the sky – an aircraft, or a cruise missile, or some sort of special project that the government didn’t tell you about – that would have made more sense to me. The part that drew our attention was how it wasn’t behaving within the normal laws of physics.”

Unusually, he was never fully debriefed on his sighting but had to take a phone call about the incident so soon after landing, he was still in his flight gear at the time.

“Probably within about 20 minutes or so, I spoke to someone that I assume was from NORAD [North American Aerospace Defense Command],” he revealed. “I have no idea like what level up to who I was talking to. I just wanted to answer them. I was just basically handed a telephone and said, ‘Hey, answer these questions’.”

In the 15 years since, he said he has not speculated on what it might have been and had not previously given interviews because he did not want his name “attached to the ‘little green men’ crazies that are out there.”

He added: “I do not want to be part of that community. It is just what we call a UFO. I couldn’t identify it. It was flying. And it was an object. It’s as simple as that. I’ll let the nerds, like, do the math on what it was likely to be. I just happened to be the person that brought back the video.”