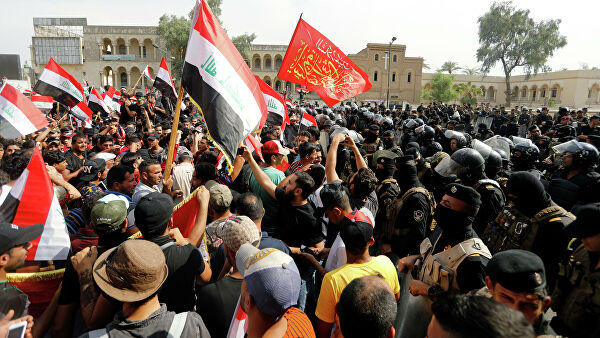 Thousands of protesters and militia fighters gathered on Tuesday outside the main gate of the U.S. Embassy compound in Baghdad to condemn air strikes on bases belonging to an Iranian-backed militia in Iraq, AzVision.az reports citing Reuters.

U.S. forces carried out air strikes on Sunday against the Kataib Hezbollah militia in response to the killing of a U.S. civilian contractor in a rocket attack on an Iraqi military base.