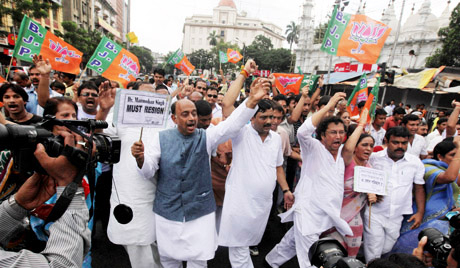 The protest, dubbed the ‘Million March’, was organized by an umbrella group of Muslim and civil society organizations. More than 40 percent of Hyderabad’s estimated population of nearly 7 million are Muslims.

Demonstrators were still pouring into the protest site late on Saturday afternoon, according to a Reuters witness, despite police saying no march would be allowed and that permission had only been granted for a 1,000-person gathering.

The Indian government has faced weeks of acrimonious and, at times, violent protests against the Citizenship Amendment Act (CAA), which was passed by Modi’s government in December.