Why did the U.S. kill Suleimani?- OPINION 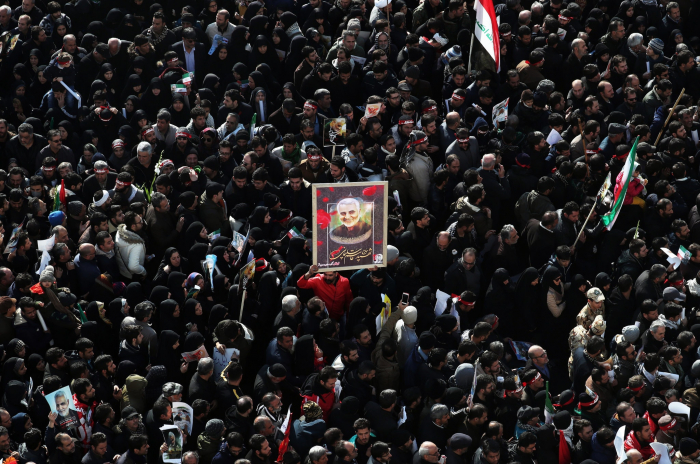 The attack illustrates America’s lack of a clear grand strategy — and why we need one immediately.

Among the many questions raised by the killing of Maj. Gen. Qassim Suleimani, perhaps the most pressing is, “Why?” Yes, General Suleimani was responsible for hundreds of American deaths, and he may have been planning another attack on United States forces. But the greater concern, raised by people from Tucker Carlson on the right to Elizabeth Warren on the left, is how this provocative act fits into America’s overall interests — in other words, our grand strategy.

Disturbingly, it’s a bit of a trick question. America doesn’t really have a grand strategy. What we do have, a patchwork of doctrines left over from the Cold War, fails to match our abilities, our national goals and the changing shape of global threats and opportunities.

America desperately needs a new grand strategy — a concise, high-level vision for our role in the world. Without one, we are just wasting lives and resources.

The lack of a useful grand strategy has been apparent for a long time. Shortly after the Sept. 11 attacks, one of us, Ms. Field, at the time an Army officer, was dispatched to Central Command to help prepare for the invasion of Iraq, a country that wasn’t involved in the assault on our cities. She wondered what objective would lead us to target a third party a thousand miles from Afghanistan. What overarching plan, what strategy, justified such a major undertaking? Four tours of duty overseas never revealed the answer to her.

The United States has effectively had only two grand strategies. The first was George Washington’s “Great Rule,” which shunned military alliances for 150 years (the Monroe Doctrine, which warned Europe to stay out of the Western Hemisphere, was an important corollary). At the time, it was possible to sit safely separated from the rest of the world by two oceans and focus on solidifying control over our slice of the continent. America had no reason to spend resources on other countries’ dubious fights, unless attacked.

The second grand strategy was the Truman Doctrine, adopted in 1947 at the urging of bombed-out European countries fearful of takeover by the Soviet Union. Under this policy, the United States accepted primary responsibility for the military security of an ever-expanding number of allies as a way of checking Soviet expansion and developing markets for American exports.

The Truman Doctrine, set within an American-led multilateral framework, succeeded for decades. It stabilized new United Nations rules banning conquest. Armed conflict between nations became exceptional. Border scuffles persisted, but there was only one example of a sovereign United Nations member trying to swallow another whole: Iraq, which invaded Kuwait in 1990. The Security Council approved the use of force to push the aggressor back to its border. 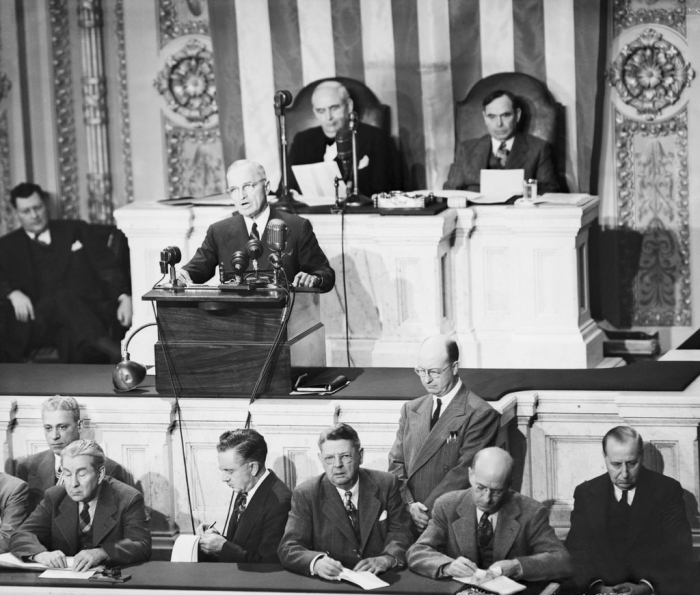 President Harry Truman asking Congress in 1947 for aid to Greece and Turkey as a way of checking the spread of Communism.Credit...Bettmann, via Getty Images

A year later, the Cold War was over. By then, many of America’s allies had ample resources to provide their own defense, but didn’t see the need. Former enemies now understood that trade profited them more than conquest. And America, used to playing the hegemon, never stopped to ask if its role needed to change.

Instead of declaring the 44-year emergency over, and demobilizing as planned after World War II, the United States expanded its mission by responding to crises within countries as well as between countries, believing global pre-eminence served its interests. “What’s the point of having this superb military you’re always talking about if we can’t use it?” Madeleine Albright asked Gen. Colin Powell.

Allies continued to contribute money and sometimes soldiers to joint endeavors, but their will to fight declined steadily. In Afghanistan today, 37 countries are aiding America in its war, but their missions prohibit lethal force except in self-defense. Americans pull the trigger.

During the last presidential election, Donald Trump promised to redefine the nation’s strategy. He resurrected the slogan “America First,” and echoed John Quincy Adams’s restatement of Washington’s Great Rule, “We do not go abroad in search of enemies.” At the same time, he has continued Barack Obama’s pivot toward Asia and a focus on great-power competition with China.

But President Trump has not stuck to his plan, nor developed the political good will necessary to carry it out. Our soldiers soldier on, trailed by an increasingly perplexed American people. Politicians from Rand Paul to Alexandria Ocasio-Cortez denounce America’s “endless wars.” We are now at risk of entering another. America needs a plan that marries goals with methods.

Strategy must change when new challenges replace old ones. Global warming will soon make some of the world’s most populated regions uninhabitable. Cyber warfare could endanger millions in megacities. Artificial intelligence and quantum computing have unknowable consequences. If America and China’s relationship fractures, both will suffer. Islamic terrorism is frightening, but a minor threat when viewed in terms of the number of Americans harmed. Future energy solutions will lessen our dependence on oil and exposure to Iran and Iraq’s rivalry. 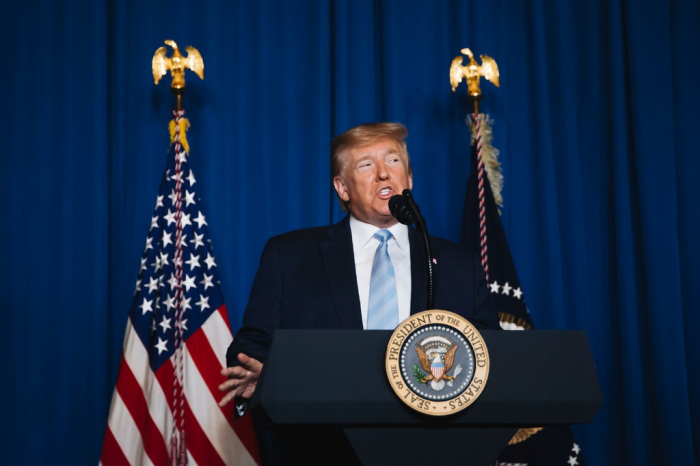 President Trump on Friday speaking at a press conference on the killing of Maj. Gen. Qassim Suleimani.Credit...Eric Thayer for The New York Times

Unlike Soviet aggression in 1947, none of these emerging realities can be stopped with an army.

Candidates in 2020 should explore options with the American people that match fresh challenges with fresh solutions. They should ask why we cling to old interests and methods.

We see three possibilities for a new grand strategy that could guide presidents for a century and help Americans live with their consciences, manage their wallets and understand their government.

City on a Hill

This strategy would have America lead mostly by example. Over two centuries, the United States went from being the sole democratic republic in the world to one among nearly 200, largely because others wanted what we have. America has accomplished more with attraction than coercion. Under this strategy, America would redirect money from overseas military commitments to improving domestic infrastructure, education, technology, health care and the environment to showcase democracy’s strengths. We would assist foreign governments with economic development and peaceful conflict resolution.

City on a Hill strikes a compromise between Washington’s Great Rule and the Truman Doctrine. We would keep alliances but renegotiate them to ensure we cannot be dragged into peripheral fights or be placed first in line to do other people’s killing. In coordination with allies, the United States would incrementally withdraw from most military installations abroad. This would undermine North Korea’s assertion that it is building warheads to deter invasion from the Americans on its border. Like other countries, we would size our forces to defend our own shores.

Fortress on a Hill

China’s transformation into a competitor that almost equals us economically but outranks us in population has created a new reality. Recognizing that both China and America have incentives to maintain good relations, but not overlooking China’s ambitions, the Fortress on a Hill strategy would retain large forces at home and abroad and revamp America’s nuclear strategies to guarantee the security of liberal states while respecting China’s reasonable demands for recognition of its preferences.

Fortress on a Hill would protect our shores while selectively reducing overseas bases, devolve more responsibility onto China for keeping trade routes open, and allow the United States to focus on the nonmilitary dimensions of international problems. It would also give military assistance, in the form of training and weapons, to like-minded countries that take primary responsibility for their defense, further reducing the burden on Washington.

The last grand strategy would be the closest to our current policy. The World Policeman approach would continue to assume that we can best assure our interests by being the world’s emergency responders. We would guarantee security for all countries that ask, maintain existing foreign bases, increase spending on soft power assistance, and in general do whatever is necessary to remain No. 1. 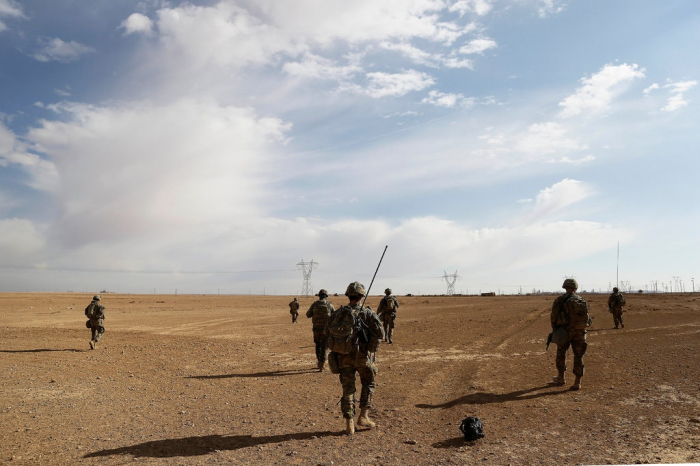 American soldiers on patrol near a coalition outpost in western Iraq in 2018. The World Policeman strategy would continue to assume that the best way to assure our interests is being the world’s emergency responders.Credit...Susannah George/Associated Press

This investment would heighten our input into collective rules related to existing and new challenges. We would not shy away from pressuring China, Russia, Iran and other authoritarian countries on the basis of our values.

The big difference between this approach and current policy is that the United States would follow international rules — which would, among other things, preclude killing a foreign official inside another state’s sovereign territory without international approval. A police force that acts outside the law weakens it, and exposes itself to charges of abuse. The World Policeman approach would allow military intervention only when authorized by United Nations mandate.

Every grand strategy carries risks, but risks can be measured against rewards. Ad hoc interventions not anchored in a coherent plan squander our resources, reputation and security. What will our plan be?

Elizabeth Cobbs is a professor of history at Texas A&M, a senior fellow at the Hoover Institution and the author, most recently, of “American Umpire.” Kimberly C. Field, a retired Army brigadier general, is the executive director of the Albritton Center for Grand Strategy at the George H.W. Bush School of Government at Texas A&M.