Why Australia is burning- OPINION 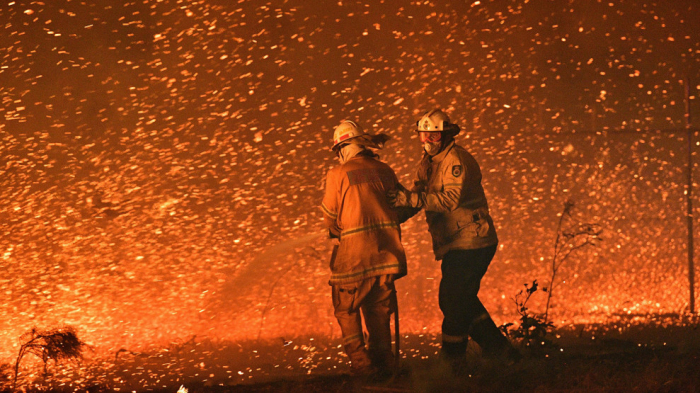 Many commentators have responded to Australia's severe bushfire season by sounding the alarm about global warming. But while climate volatility certainly poses a threat to Australia, the more immediate cause of this year's massive fires is poor land and forest management.

Owing to the smoke from nearby wildfires, Canberra this month has had the world’s worst air-quality index, with readings 20 times above the official hazardous threshold. The city also recently experienced its hottest day on record (111°F/44°C). Meanwhile, Delhi had its coldest December day on record. Both are evidence of growing climate volatility, confirming the reality of global warming.

Following its targeted killing of Iran's second most powerful leader, the US could well find itself with no alternative but to devote more military resources to the Middle East, a path that could lead to additional Iranian provocations. And that shift would occur at a time of growing challenges to US interests elsewhere in the world.

In assigning blame for the blackened skies and burning landscapes of Australia’s southern summer, however, some critics – including the editorial board of the Financial Times – have lazily pointed a finger at climate denialism. Australian Prime Minister Scott Morrison has been criticized vehemently not just for his slowness to help fire-ravaged communities, but also for attempting to enjoy a family vacation (since aborted) in Hawaii.

Anger on the part of bushfire victims – including a woman who refused to shake Morrison’s hand – is understandable. But much of the broader criticism is misplaced, and reveals a willful ignorance of Australia’s long history with bushfires. Those who have rushed to condemn Morrison’s government have downplayed the failings of state governments, some of which are alleged to have prioritized the transition to renewable energy over prudent forest-management practices.

Moreover, the armchair critics have chosen to disregard the long lead times between greenhouse-gas (GHG) emissions and climate change, and to overstate what we know about the links between global warming and specific weather events.

In its relatively short history as a nation-state, Australia has suffered through several heat waves and fire seasons far deadlier than the current one. In January 1896, 200 people died in the space of three weeks from heat- and fire-related causes; and in January 1939, 71 people died just in the state of Victoria.

Australia’s aboriginal communities, meanwhile, have been living with the continent’s harsh climate and terrain for tens of thousands of years. Contrary to earlier myths, recent research on these societies’ sophisticated land- and bush-management practices show that fire plays an important role in forest regeneration.

For example, the Queensland-based fire researcher Christine Finlay has long warned that reduced burning of fuel loads (the dry, combustible wood that builds up on forest floors) during the winter could increase the frequency of firestorms in the summer. Finlay, who studied the history of bushfires from 1881 to 1981 for her PhD, shows that bushfire-reduction operations since 1919 have been departing from traditional indigenous practices such as low-intensity cool-weather burning. And, according to her data, there is a direct correlation between the increased frequency and size of fires since 1919 and the accumulation of catastrophic levels of fuel load.

Controlled burning – which is conducted over large areas and under favorable wind and temperature conditions – is cheap and highly effective in reducing the incidence of bushfires as well as the likelihood that they will spread uncontrollably. And, unlike drastic efforts to reduce GHG emissions, it does not threaten livelihoods and living standards. “For years,” Finlay recently told The Australian, “I energetically sent this predictive model to government agencies, in particular bushfire services, the media, coronial and parliamentary inquiries, and so on. Horribly ignored, it proved horribly accurate.”

Why were these warnings ignored? The reason, one suspects, is that the traditional, commonsense approach to managing the problem is not as sexy as high-profile climate activism.

Of course, bushfires have both structural and direct causes. Australia’s average surface temperature has increased by about 1.5°C since the early 1900s. On a hot continent dominated by dry eucalypt landscape, anthropogenic global warming has aggravated the background conditions for fires, which now occur more often, in more places, and for longer periods. The 2019-2020 summer fire season started unseasonably early in November.

But the precise relationship between local weather patterns and global warming is unclear, and current climate conditions cannot be attributed to current emissions, which will have their full effect not this year but decades from now. Moreover, the Intergovernmental Panel on Climate Change finds only limited evidence of direct links between human-induced climate change and droughts, bushfires, floods, and hurricanes. Even if Australia had achieved net carbon neutrality in 2019, it would have suffered through the same fire season. Of course, to avert a crisis in several decades’ time, action must be taken now.

Still, there are some things the Australian federal and state governments can do to reduce the current fire toll. Fire-management authorities should identify the direct causes of individual fires, educate the public on the risks, and track down and prosecute arsonists. In 2019, 183 people were charged with deliberately lighting fires.

More broadly, Australia needs better land- and fuel-load-management practices, and more funding for firefighting services. One hopes that the inquiry commission that Morrison is contemplating will help to evaluate whether state and local governments have carried out controlled burning of fuel loads in national parks over the past few seasons, and ascertain if this would have helped to reduce the spread and intensity of the fires.

To the extent that climate policies would help lower the risks of bushfires, they must be implemented at the global level. Australia accounts for less than 1.2% of the world’s carbon dioxide emissions. The big four emitters are China (27.21%), the United States (14.58%), India (6.82%), and Russia (4.68%). Yet, given Australia’s exceptional exposure to the risk of bushfires, its government should be leading the effort to negotiate binding emissions-reduction targets globally.

Instead, Australia has been a climate laggard. Like former Prime Minister Tony Abbott’s government, which often gave climate deniers a nudge and a wink, the Morrison government lacks the credibility or moral authority to press for stronger climate action by others. Morrison cannot be blamed entirely for this fire season. But, having taken a page out of US President Donald Trump’s anti-globalist playbook, he should not be surprised to find himself on the receiving end of criticism.

Ramesh Thakur, a former United Nations assistant secretary-general, is Emeritus Professor at the Crawford School of Public Policy, Australian National University. He is the author of The United Nations, Peace and Security: From Collective Security to the Responsibility to Protect.