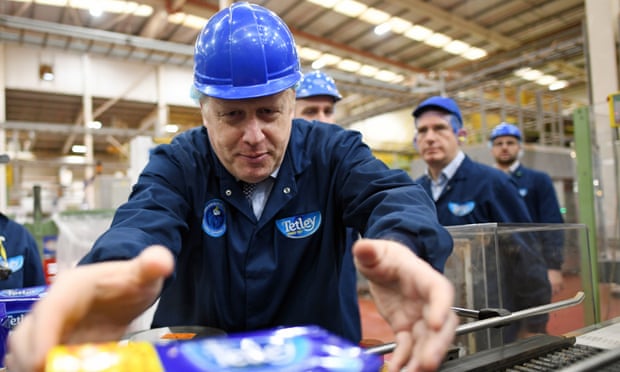 A new era has begun for the UK. As the outgoing governor of the Bank of England, Mark Carney, noted this week, Britain has entered a decade of potentially profound structural change.

Those who mourn Britain’s departure from the EU are sure this fundamental change is going to be painful and detrimental. But there are those who see Brexit as an opportunity not a threat.

Their argument is threefold: the British economy is malfunctioning and needs to be rebooted; Europe isn’t working either; and it will be easier to make the necessary changes outside the EU.

As far as the UK is concerned, between Brentry in 1973 and Brexit there have been four recessions, three boom/busts in the housing market and a gradual erosion of manufacturing capacity. Periods of sustained growth – first in the 1980s and again, more enduringly, in the 1990s and early 2000s – culminated in painful slumps. North Sea oil has come and gone, its proceeds squandered.

The structural problems of the economy go back decades but have become impossible to ignore since the financial crisis of 2008.

For the 100 years before the financial crisis, output per worker grew by about 2% a year on average but since 2010 it has slowed to 0.5% a year. Had it continued to grow at its former rate, the economy would be about 20% bigger than it currently is.

The UK’s growth rate since it joined what was then the European Economic Community (EEC) in 1973 has been slower than it was in the decades preceding entry. What’s more, that growth has been concentrated in one corner of the economy, London and the south-east.

Brexit day finds the mood among much of UK business remarkably chipper – and certainly a lot more upbeat than it was throughout 2019, when a lack of clarity over Brexit led to investment plans being mothballed.

The shift in sentiment is down to the election result. For the past seven weeks, companies have known for sure that Brexit is happening and they know what form it will take. Boris Johnson has said the UK will be leaving the single market and the customs union, so that it can set its own regulations and cut its own trade deals.

Speaking in Davos last week, one UK business leader said: “It looks like a clean break. Let’s make the best of it.”

Meanwhile, the economic performance of other EU countries has been dire. Those who think Brexit is a mistake point out – correctly – that relative to Germany and France the UK has done better post-1973 than it did in the 1950s and 1960s. However, that is because the trend growth rate in mainland Europe has slumped from more than 4% to a little over 1% today.

The creation of the single market in the 1980s did not lead to an acceleration of Europe’s growth rate, in large part because the thrust of economic policy – obsessed with the control of inflation and budget deficits – held countries back.

Europe has world-class companies but none of them were set up within the past 30 years. There is no equivalent of Facebook, Amazon or Google: the reason the UK has turned to Huawei to build its 5G mobile network is because the Chinese company is ahead of Europe’s rivals: Nokia and Ericsson.

Waiting for the EU to sort out its deep-seated problems could be a long process. Little progress has been made on creating a banking union or having a centralised budget presided over by an EU finance minister.

Germany, comfortably the most powerful player, fears that speeding up economic integration – one way of making the euro function more effectively – would leave it bankrolling the rest of Europe.

Sign up to the daily Business Today email or follow Guardian Business on Twitter at @BusinessDesk
For example, the UK is one of the world leaders in artificial intelligence and could seize a competitive advantage once it can set its own regulations.

Similarly, the prime minister floated the idea during the election campaign that the government will use the freedom from EU state aid and procurement rules to help manufacturing.

This was one of the arguments deployed by Tony Benn when he was attacking the EEC from the left in the 1970s. Not much has changed.

As then, Brexiters think there is more chance of solving Britain’s long-term problems – big trade deficits, a lack of competitiveness, weak investment – from the outside looking in.

Read the original article on The Guardian.