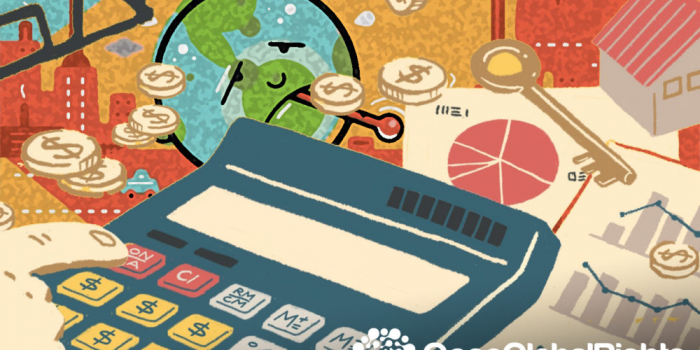 Many leading central bankers now argue that, instead of just playing its traditional role of deciding the allocation of government spending, investment, taxes, and transfers, fiscal policy must substitute for monetary policy in economic fine-tuning and fighting recession. That would be a big mistake.

Will the next recession be worse than you think? With the major central banks having little space for further interest-rate cuts, might the next cyclical downturn become a crash? In theory, fiscal policy can go far in filling the void. The past decade has seen a rise in fiscal evangelism among many economists and policymakers, and it is indeed likely that fiscal fine-tuning will be widely tested in the next downturn. Are they right?

I am skeptical. Fiscal policy is far too politicized to substitute consistently for modern independent technocratic central banks, which until now have largely taken the lead in short-term stabilization. Fiscal policy takes the lead in fundamental but hugely contentious issues – concerning growth, long-term stability, and allocation – that need to be decided in a democratic fashion, at least in advanced economies. And yet academic depictions of fiscal policy as an objective technocratic tool often make one feel like we are living in an episode of the American television series The West Wing.

In that critically acclaimed series, the fictional Democratic US president, Jed Bartlet, is an economist by training. A good and moral person, supported by similarly well-intentioned and brilliant staff, Bartlet exhibits a gift for weighing sophisticated advice from experts to reach nuanced economic-policy decisions that strike a balance between efficiency, fairness, and political realities. Of course, he often faces opposition in getting his legislation passed, but Bartlet and his staff generally prevail. It does not hurt that the ideologues on the right who oppose Bartlet are not only bad people, but also intellectual lightweights.

It is not just academic economists who are arguing that the time has come for activist fiscal policy, given the limits to monetary policy in an environment of ultra-low interest rates. Many leading central bankers also maintain that, instead of just playing its traditional role of deciding the allocation of government spending, investment, taxes, and transfers, fiscal policy can substitute for monetary policy in economic fine-tuning and fighting recession.

Touring the economic journals and major meetings of academic economists, one sees model after model of West Wing fiscal policy – thoughtful, reliable, and credible – that seems to buttress such arguments. But the recent literature and debate almost completely ignores political-economy issues that were studied intensively in the 1980s and 1990s. The lessons learned then are now largely forgotten.

It is precisely because fiscal policy inevitably involves messy, hard-fought compromises – often overturned by future elections anyway – that most countries have turned to central banks for short-term stabilization policy. The modern, independent, technocratic central bank is arguably the greatest innovation in macroeconomics since John Maynard Keynes pioneered demand management. Governments can and should make the big decisions about the long-term direction of policy, but anyone who thinks that legislatures can consistently make fine-tuned decisions is living in an alternative reality.

The fact is that in most countries today, economic policy is highly polarized, with decisions being made by razor-thin majorities. In the United States, for example, fiscal policy for Democrats largely means an opportunity to engage in more spending and transfers. For Republicans, it means cutting taxes in order to downsize government. Such differences are a recipe for seesaw policy. As a short-run stabilization tool, fiscal policy will inevitably be difficult to time and calibrate in the same way that central banks have succeeded in doing with monetary policy.

Especially over the past 20 years, central bankers have increasingly recognized that consistent, stable, and predictable policies are just as important as any short-term decision-making. Indeed, at conference after conference, central bankers can be heard weighing the nuances of slight changes in messaging and their effects on expectations.

But in West Wing-style academic papers, fiscal-policy functions – government spending and tax policy – are assumed to be totally stable and predictable. All problems concerning credibility and consistency are assumed away.

It is possible that in the next recession, fiscal policy in some countries will land a lucky punch, getting the calibration and timing just right. And yes, central bankers sometimes get it wrong. But the idea that we should cast aside the division of assignments between the two is naive. So is the idea that strengthening “automatic stabilizers” such as unemployment insurance and transfers can solve all problems of fiscal-policy credibility by enabling adjustment to occur without political action. The fact is that stabilizers invariably have incentive effects, and political battles over how far any should be expanded are inevitable. But the deeper problem is that in any given circumstance, policymakers can – and often do – override automatic stabilizers.

The right solution is not to cast aside monetary policy, but to find ways to strengthen its effectiveness in a low-interest-rate environment, possibly by finding ways to use negative rates more fairly and effectively. Until then, with monetary policy hampered and fiscal policy the main game in town, we should expect more volatile business cycles.


Kenneth Rogoff, Professor of Economics and Public Policy at Harvard University and recipient of the 2011 Deutsche Bank Prize in Financial Economics, was the chief economist of the International Monetary Fund from 2001 to 2003. He is co-author of This Time is Different: Eight Centuries of Financial Folly and author of The Curse of Cash.