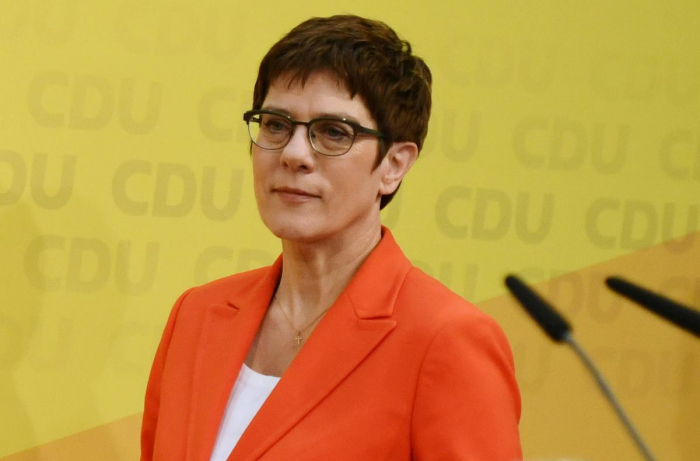 Annegret Kramp-Karrenbauer, Chancellor Angela Merkel’s protegee and leader of their conservative Christian Democrats (CDU), will not run for chancellor in Germany’s federal election next year, a source in her party said on Monday, AzVision.az reports citing Reuters.

Kramp-Karrenbauer, 57, won a vote in December 2018 to succeed Merkel as CDU leader, but then struggled to stamp her authority on the party. Last week, a regional branch defied her by backing a local leader helped into office by the far right.

Last year, she told delegates at a party conference to back her vision for Germany, or else “let’s end it here and now”. The delegates duly backed her - but many remained unconvinced by her leadership.

Her inability to impose discipline on the party in the eastern state of Thuringia further damaged her credibility.

Kramp-Karrenbauer’s erstwhile rivals for the party leadership - Friedrich Merz and Jens Spahn - have been circling with intent.

Businessman Merz has quit asset manager Blackrock to focus more on politics and Spahn, now health minister, has cut a dynamic figure during the coronavirus crisis, jetting to Paris and London to coordinate the European and G7 response.

Kramp-Karrenbauer told CDU leaders on Monday she would give up the party chair as well as her ambitions of running for chancellor, as she believed one person should do both, the source said. She would organize a process to fill both roles in the summer.