At least 14 dead as Rohingya boat sinks in Bangladesh 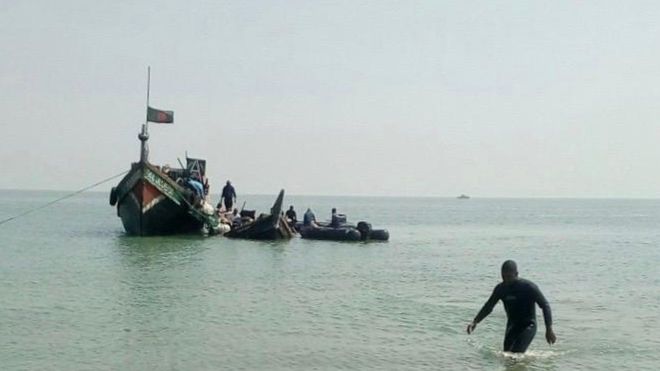 At least 14 people have drowned when a boat carrying Rohingya refugees sank off the south coast of Bangladesh, officials say.

The boat was destined for Malaysia and included Rohingya refugees from camps in Bangladesh, local authorities told the BBC.

All of the dead bodies recovered are reportedly of women and children.

An official told the AFP news agency that 70 people were rescued. Many are still missing.

The boat capsized in the Bay of Bengal near Saint Martin's island.

In August 2017, a deadly crackdown by Myanmar's army on Rohingya Muslims sent hundreds of thousands fleeing across the border into Bangladesh.

Most have been placed in refugee camps and some have tried to flee in boats to Malaysia.