There could soon be a test to detect cancer years in advance. Would you take it? - OPINION 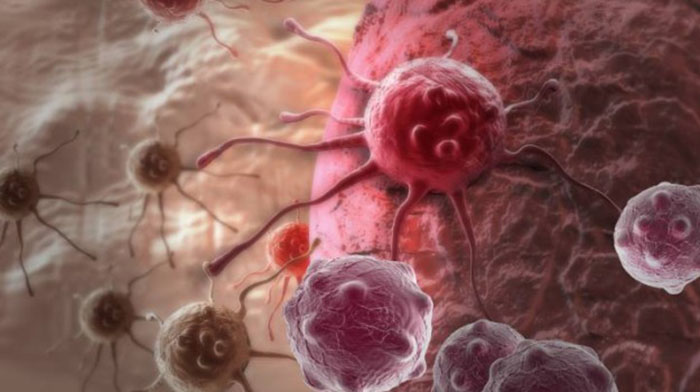 “An ounce of prevention is worth a pound of cure”: a phrase beloved of medical professionals – largely because it’s true . When it comes to cancer, you could readily add “an ounce of early diagnosis”.

Cancers that are diagnosed early can often be cured. This knowledge has spurred efforts among my colleagues in the research community to develop new, more sophisticated ways to detect early signs of the disease.

Those efforts are beginning to bear fruit, one example being the recent announcement by an international team of scientists that the disease’s telltale DNA mutations can crop up many years – even decades – before a person notices symptoms of the disease. We’re learning more and more about the slow accumulation of genetic damage that ultimately leads to cancer. In fact, it could be argued that some of these early signs aren’t even “cancer” at all – rather, they are hallmarks of an earlier, pre-cancerous state – and identifying them can allow the cancer itself to be prevented.

But as science enables us to make the shift from treatment to prevention and earlier diagnosis, we need to be careful. The power to prevent cancer, or detect it in advance, sounds like an unalloyed good. We have to think, however, about what we are asking people to do if we tell them they harbour a subtle mutation in their cells. Information about risk does not in itself prevent disease or death. It is what happens next that matters.

Is there a drug that they can take for the rest of their lives? Is their only option surgery? Should they have regular tests? How regular? Six-monthly? Monthly? Or will they be told that they should make “lifestyle” changes to reduce their risk, such as eating less and exercising more?

All the clinical options are costly to a greater or lesser degree – both financially for healthcare systems, and potentially for the individual in terms of time and emotional consequences. And thanks to decades of research, we know that so-called lifestyle changes are easier for some people than for others. Our behaviour itself, while not “hardwired”, is “prewired”: there are individual differences in how easy or difficult it is for someone to adjust how much they eat, for example. We also know that the less control someone has over their material circumstances, the poorer their physical and mental health.

Then there’s the danger of what’s called overdiagnosis – where people are diagnosed with, and treated for, cancers that wouldn’t have caused harm had they been left alone – a phenomenon that occurs, for instance, in breast screening. This issue looms large when thinking about how to put research into early detection and diagnosis into practice. We just don’t yet know how to tell the difference between harmful and harmless cancers. Indeed, the very phrase “harmless cancer” feels like a contradiction in terms.

More difficult questions are posed by the fact that some of the signs of adult-onset cancers may be detectable at a very young age. This raises the possibility that children could be screened for cancers which they won’t get until they are adults, if at all. As a behavioural scientist, I subscribe completely to the notion that prevention is better than cure. But as a parent to three young children, the idea of having my children tested for early signs of cancer is, frankly, terrifying. What would I do, as a mother, if results showed that one of my daughters had developed genetic changes suggesting she might get ovarian cancer as a grown woman? What if my son had genetic markers for adult-onset brain tumours?

As I sit here and ask myself these – for now, hypothetical – questions about my children, I can feel the dread and the tears welling up inside me. But as I feel sorry for this hypothetical me, my thoughts go quickly to friends at my children’s school who lost their gorgeous little boy to cancer at just two years old, and my tears are now real. What would they have given for a test to prevent this?

Before we go much further then, it’s clear that we urgently need to solve the overdiagnosis problem. Any useful form of early detection needs to be able to distinguish between DNA mutations that will lead to aggressive, lethal cancers, and those that signal slow-growing, harmless ones. The perfect test would tell you whether the mutations found in you, or your child, are something that you should worry about and take seriously, or whether they are something that can be left alone. This is a huge challenge for scientists, and is many years from being resolved.

So where does all this leave us?

Well, it leaves us where we started – yearning for a future in which scientists have worked out how to detect cancers earlier when they are easier to treat, or can even be prevented from occurring.

Ordinary people from diverse backgrounds need to be at the table, actively involved in the research, helping to develop best-practice approaches to communication and debate over the diagnostic tools that could soon be at our disposal. We may even need a new way to talk about “pre-cancer”, a language that may not even use the “C-word” at all, so that stigma and fear don’t create barriers to implementing early detection and diagnosis strategies. We must investigate how people actually do react to getting this kind of news. And we need to make sure that any new tests are implemented carefully, so they don’t exacerbate existing inequalities in health and access to healthcare.

All this translational work on communication, decision-making, psychology and behaviour requires serious attention and proper funding. Laboratory and clinical science by itself is not enough.

Make no mistake: these are exciting times. Recent discoveries hold real and great promise for changing how we all deal with cancer, shifting the focus from treatment and management of late-stage disease to early detection, diagnosis and even complete prevention of the illness before it emerges. This could be revolutionary. It’s just important that, along the way, we don’t forget the people who are going to have to grapple with these decisions, and hopefully have their lives improved as a result.