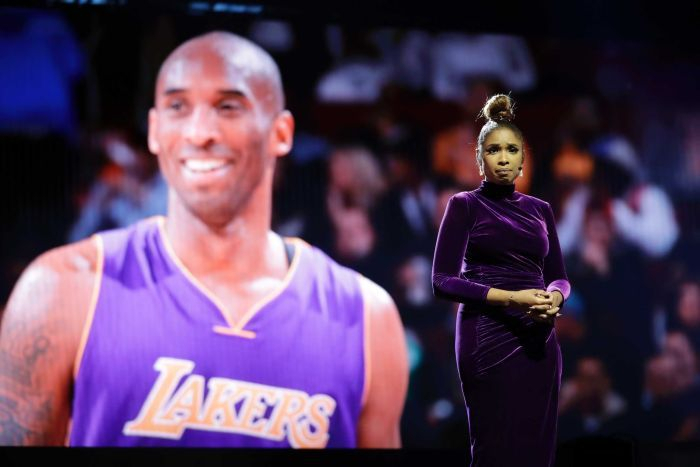 The NBA has paid tribute to the late Kobe Bryant at the annual All-Star Game in Chicago, with a jam-packed United Centre falling silent for eight seconds as a mark of respect for the basketball great.

The silence was broken by a string of thunderous "Kobe, Kobe, Kobe," chants from the 21,000-strong crowd that rocked the stadium as they honoured Bryant, who wore the numbers eight and 24 on his jerseys during his 20-year career with the Los Angeles Lakers.

The stirring pre-game tribute began with fellow Lakers great Magic Johnson rousing the crowd and paying homage to Bryant, who was killed along with his 13-year-old daughter Gianna and seven other victims in a helicopter crash in California on January 27.

"We will never see another basketball player quite like Kobe," said Johnson, who noted his work with the Los Angeles community along with the love he had for his family.

"This is a tough time for the whole NBA family."

Before tip-off, singer and actor Jennifer Hudson sang a tribute to Kobe with a montage of photos of Bryant and his daughter in the background.