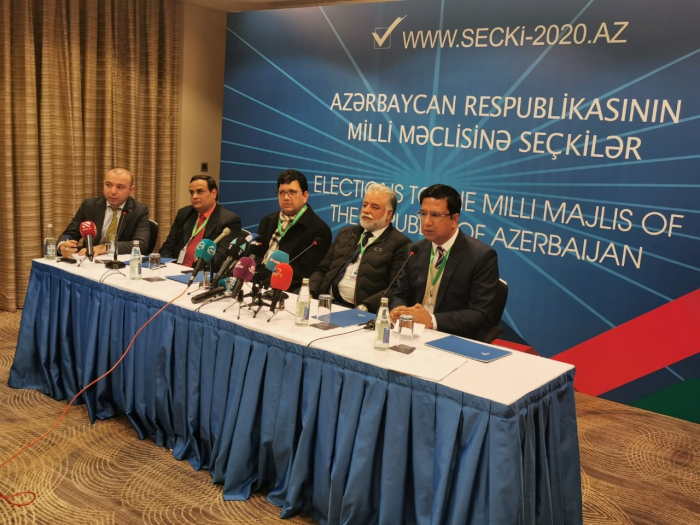 Winds of reforms blew in Azerbaijan as the country witnessed its 18th parliamentary elections on 9th February 2020, after the government announced snap elections. These elections have paved the way for a new era in Azerbaijan, providing an opportunity for its people to participate in Azerbaijan’s road to success and a smooth democratic transition of government.

The parliamentary elections were monitored by 89, 676 local and more than 883 international observers from 36 countries including Pakistan and representatives of four international missions as well who inspected and observed the electoral process in all regions of the country.

The international observers expressed their appreciation for the commendable performance of the Election Commission of Azerbaijan, they showed great confidence in the progressive future of the new political era of Azerbaijan. The impeccable voter’s turnout in addition to their zeal to participate in the electoral process despite the harsh weather was a remarkable event to witness.

The total number of voters was 5.3 million in which 6189 voted for the first time. Another aspect worth mentioning is the high percentage of people below the age of 30 who voted in Azerbaijan’s parliamentary elections, this shows that the participation of youth has increased in government-related affairs.

Being an international observer for the parliamentary elections of Azerbaijan, I perceived that the transparency practised in these elections and steps taken to ensure free and fair elections have played a major role in the smooth conduction of elections which have resulted in an enhanced relationship of citizens and government. I was particularly impressed by the arrangements made by the election commission in various polling stations to make the entire polling procedure easy to understand and comfortable for the voters.

I made a Pre-election visit on 7th Feb 2020 to various polling stations in the city of Ganja city, Azerbaijan and found the polling staff to be professional and well versed in their duties. There was a suitable number of officials who were all set to conduct the election process on election day.

Furthermore, utilization of the latest technology in the electoral process to check the identification of voters and their designated polling stations as well as their national identity cards were admirable.

About 1,315 candidates participated in the parliamentary elections who represented 19 political parties as well as independent candidates which signifies the diversity in the existing political culture of Azerbaijan. Even though the parties were competing against each other, each of them possessed the collective spirit of goodwill for Azerbaijan and its citizens. The contesting political parties covered a wide spectrum of manifestos including, a revival of national spirit in citizens, promoting economic liberalization and further enhancement of the relationship between the state and people. Each party ran its election campaign without any ambiguity and portrayed a positive spirit of nationalism. 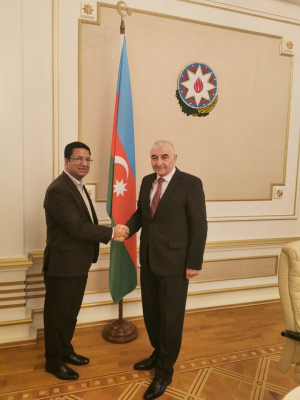 I also visited the polling stations on 8th February 2020, situated at Nakhichevan City, Azerbaijan where I observed the sincere efforts of the Chief election commission for necessary arrangements to ensure the smooth conduct of the electoral process. The polling staff was extremely professional and well versed in their duties.

His Excellency Mazahir Panahov - Chairman Chief Election Commission of Azerbaijan played his role impeccably well. He ensured the practical application of, Election Code of the Republic of Azerbaijan and provided equal opportunities to each political party and independent candidates for parliamentary elections and made certain that elections are free, fair and transparent considering it as the significant pillar in achieving greater political stability in Azerbaijan.

On the polling day, 9th February 2020 as the international election observer, I also had a chance to visit the polling stations at Nizami Street, Baku, Azerbaijan and observed the ongoing voting process. I must mention that the electoral staff was very vigilant and alert during their duties. I found the election commission officers to be very professional in nature. In my opinion, the determination and efforts of the Election Commission of Azerbaijan have proven to be highly fruitful.

In Azerbaijan, the suffrage is universal for individuals 18 years of age and older. All aspects of elections, particularly registration by parties and candidates are controlled by the government’s Central Election Commission. An extensive campaign was initiated to spread awareness amongst the voters and their right to vote. Furthermore, it is praiseworthy that the facilitation for the elderly and disabled people was also ensured in the polling stations.

The parliamentary elections of Azerbaijan have been a step towards achieving its potential capacities as the biggest country of South Caucasus. The smooth transition of the entire electoral process proves that Azerbaijan has given its citizens the highest degree of freedom of expression to practically manifest their right to choose their leaders by a bona fide democratic process.

The early election process could be taken as a constructive step for Azerbaijan’s democratic evolution as is a tread in the direction of accelerating the swiftness of reforms and modernizing their legislative structure as well, as per international standards.

Elections in Azerbaijan have been based on the process of transparency, equal representation and opportunity to the citizens as well as the candidates. The true essence of democracy has been institutionalized in Azerbaijan which states that it is truly a state which values the fundamental rights of their citizens.

Through the successful commencement of parliamentary elections in Azerbaijan, it has carved the way towards a visionary and ingenious democratic model for the better future of its people.