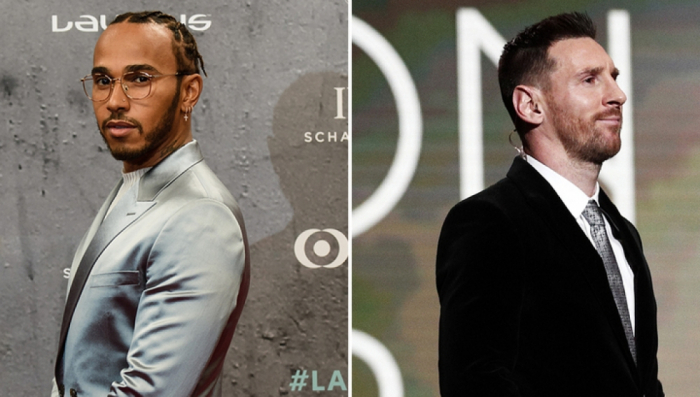 Messi and Hamilton tied for first place in voting by the former sports greats who make up the members of the Laureus Academy.

Hamilton, who was given the award by former Arsenal manager Arsene Wenger, said: “It's all of our responsibility to use our platform for really pushing for gender equality, inclusivity and making sure that we are engaging and trying to represent where the world is today.”

Messi, who was not at the event, won his sixth Ballon d'Or last year as Barcelona won La Liga for the 26th time.

Hamilton was crowned F1 world champion for the sixth time in a tremendous year for the British star.

Simone Biles, who helped the US to win a fifth straight gymnast team title and became the most decorated gymnast in World Championship history with 25 medals – 19 gold, 3 silver, 3 bronze, was crowned Sportswoman of the Year.

South Africa won the Team of the Year award having defeated Eddie Jones' England in the Rugby World Cup final.

Also on the night, the Spanish basketball federation won the Exceptional Achievement award.

Snowboarder Chloe Kim won the Laureus World Action Sportsperson of the Year for a second time.

American cross-country skier Oksana Masters was crowned World Sportsperson of the Year with a Disability.