Holders Liverpool out of Champions League 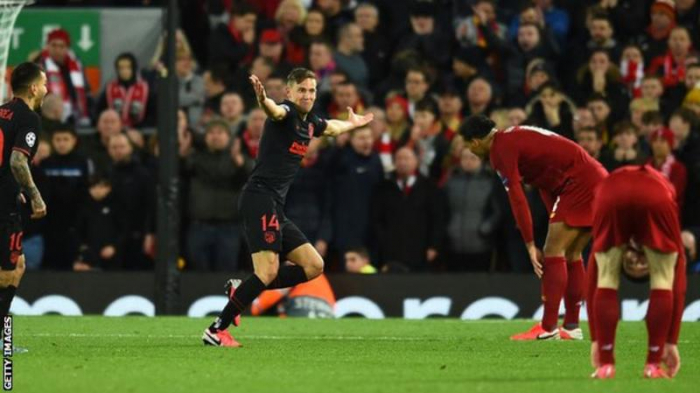 Holders Liverpool are out of the Champions League after a dramatic last-16 second leg against Atletico Madrid went into extra time - and a finely balanced game turned on a catastrophic blunder by goalkeeper Adrian.

Jurgen Klopp's side - seeking to win the trophy for a seventh time - thought they had overturned Atletico's 1-0 advantage from the first leg when Roberto Firmino's first goal at Anfield this season at the start of the added 30 minutes gave them the lead in the tie.

Georginio Wijnaldum's first-half header was full reward for Liverpool laying siege to the Atletico goal for much of the first 90 minutes.

In the second half, Andrew Robertson was then inches away from a winner only for his header to crash against the woodwork.

And yet, as the Kop sensed another memorable champion League victory, Adrian - deputising for the injured Alisson - paid the price for a dreadful clearance as substitute Marcos Llorente pounced with a low finish to secure Atletico's crucial away goal.

Llorente struck again with another composed finish in the 105th minute and with the spirit draining out of Liverpool and their supporters, former Chelsea striker Alvaro Morata adding insult to injury with a third in the dying seconds to send Atletico through to the last eight.