What is next for European football? 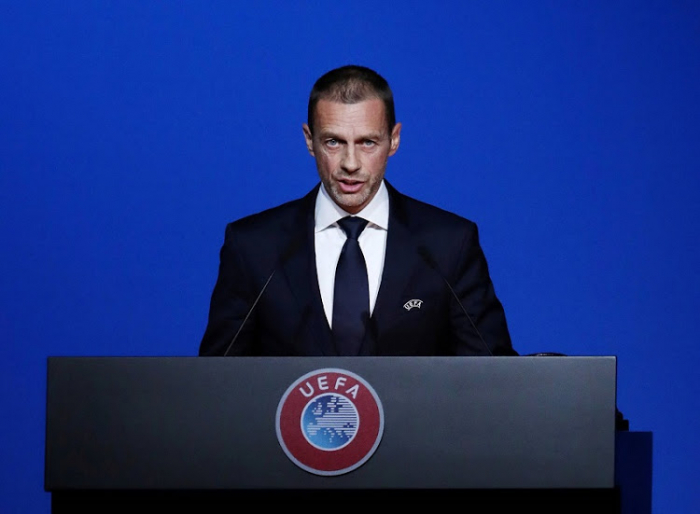 UEFA's decision to postpone Euro 2020 for 12 months on Tuesday buys European club football some time to decide how to proceed, but extremely difficult decisions lie ahead on how, if and when to finish the season.

How long the devastating impact of the coronavirus pandemic continues will be the decisive factor.

Europe has become the epicentre of the pandemic, with France joining Italy and Spain in applying strict lockdown measures and European leaders also planning to ban all non-essential travel into the continent.

UEFA's crisis meeting on Tuesday with its 55 national associations as well as clubs and players bodies agreed on a working group to look at solutions with the hope of still completing the season by 30 June.

The end of June is when many players' contracts and loan deals expire.

"As the governing body of European football, UEFA led the process and made the biggest sacrifice. Moving Euro 2020 comes at a huge cost," said UEFA president Aleksander Ceferin.

More financial pain for UEFA and Europe's major clubs could be on the horizon if the Champions League cannot be completed.

Last season UEFA paid out €1.9 billion in prize money and TV revenue to clubs competing in the Champions League.

This season's competition was cut off with only four of the last-16 ties completed and no date has been set for a return to action.

"The focus now will be to come up with solutions to conclude the 2019/20 club season in the most practical manner and, beyond that, ensure football, like society as a whole, returns as quickly as possible to its natural form and rhythm," said Andrea Agnelli, Juventus CEO and chairman of the European Club Association (ECA).

The Champions League and Europa League may therefore need to be streamlined to reach a conclusion.

Ties from the quarter-finals on could be reduced to one-off games rather than two legs, while the semi-finals and finals could come together like a "final four" format often used in basketball.

That would see both semi-finals and final played over the course of a few days, with the Champions League final due to be in Istanbul and the Europa League final in Gdansk.

However, even then UEFA's goal of finishing by 30 June is highly optimistic.

Domestic associations then face the difficult call of whether to let this season roll on until it can be completed at a later date, use the current standings to call the season to a halt or even declare the campaign null and void.

"The competitions have to be completed, if possible before 30 June, but that date doesn't have to be an insurmountable wall," said Luis Rubiales, president of the Spanish football federation.

"If there are games to be played after June 30, our opinion is that all teams can play all their games, so that league position is earned on the pitch."

West Ham vice-chairman Karen Brady has been accused of self-interest after declaring: "The only fair and reasonable thing to do is declare the whole season null and void."

The Hammers are perilously placed outside the relegation zone of the Premier League on goal difference.

In England, a void season would deprive Liverpool of almost certainly ending a 30-year wait to win the title.

This option appears unlikely and not only due to sporting integrity.

Not playing the remaining games risks penalty clauses in billions worth of broadcast contracts being activated, while season ticket holders could ask for their money back.

Ending the season with the current standings is also open to legal challenges from those clubs currently sitting in the relegation zone or that would miss out on lucrative European places.

Hearts owner Ann Budge said on Monday she would go to court if her side were relegated due to their position at the bottom of the Scottish Premiership.

Short-term league reconstruction could also act as a solution.

A proposal has been made for Germany's Bundesliga to expand for one season from 18 to 22 teams with no relegation this year.

Similarly, there is the option of the Premier League expanding to 22 teams with Leeds and West Brom promoted for being top two in the Championship and no relegation.