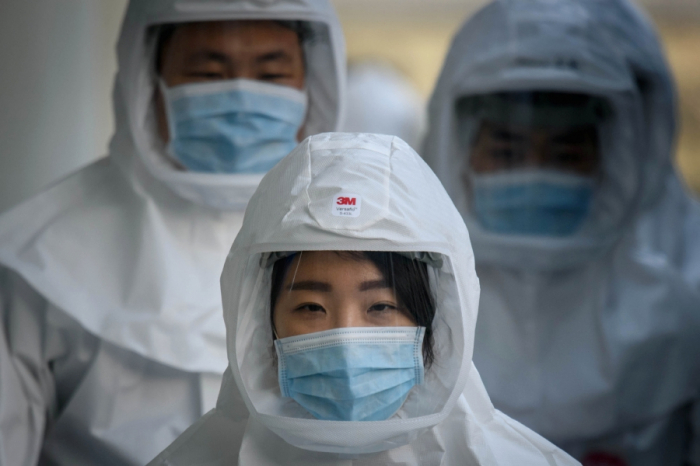 Amid the rapid spread of the coronavirus infections across the globe, there are some exemplary cases of the countries which have so far managed to slow down the virus and prevented massive losses. South Korea, the East Asian country which was one of the first to be hit by the outbreak, is importantly one of such cases. John Hopkins University reports that the records until March 21 showed that the COVID-19 death rate was 0.97 percent in South Korea, compared to 7.94 percent in Italy, 3.98 percent in mainland China and Hong Kong, and 1.68 percent in the United States.

This is the reason why the international media touches upon this case very often in recent days and disseminates the lessons drawn from Korea’s experience. For example, calling it a “remarkable success”, Aljazeera declares that “despite a second wave of infections in Asian countries, South Korea continues to lead the way in containing the spread of COVID-19, with one of the lowest casualty rates in the world”. This poses the questions: what makes South Korea’s fight against the epidemic such successful and whether it can be implemented in the rest of the world?

According to the experts, the answer to these questions is both related with the advanced medical system developed in the country and the peculiarities of its culture. Thanks to its technological capabilities, Korea has been able to test more than 300,000 people by today. It was possible as its biotech industry has been successful to produce enough test kits to screen some 20,000 people a day.

Koreans have also developed a very quick and effective method, called Drive-Through Testing Stations, to test people in cars. These tests take less than 10 minutes and produce accurate results. Importantly, drivers do not need to get off their cars meanwhile and they do not physically contact anybody. This is a remarkable achievement as many other countries in the developed world still struggle to make enough tests which the World Health Organization (WHO) recommends as number one instrument to defeat the virus.

Korea has also developed necessary strategies to keep people informed and guarantied their access to transparent information about the scale of the virus and its geographic boundaries within the country. As it is not plausible to test everyone, it is extremely important to pursue necessary communication policies which proved itself crucial in the previous epidemics (SARS & MERS), as well. Towards this end, the mobile service providers were involved in the process and they were given messages to pass to their customers’ cellphones. This allows the people to get quick updates and avoid the places where the infection was detected.

Unlike many other countries, not through total lockdown, South Korea has been able to slow down the spread of the virus by testing people and isolating those infected or contacted them. Those people who have been in contact with the infected person one day before the coronavirus symptoms appeared are prohibited to leave the country for two weeks. They also self-quarantine themselves for the same period and are provided with food and other needs by the government, if necessary.

However, important to note that, without social consent these measures would not be possible to be implemented. Hence, the cultural peculiarities of the country have made it possible for the government to pursue drastic policies which delivered successful results. For example, it is reported that “in early February, the government also obtained mobile phone records, credit card receipts and other private data of everyone who tested positive for COVID-19, and used the information to track the spread of the virus, making much of the data available to the public.” Such measures wouldn’t have been possible in many other countries (e.g. the United States) where privacy is considered sacred.

However, this is not the only cultural trait that helps the fight against the epidemic, but also the social consciousness of Koreans proved to be an important factor. The Diplomat magazine reports that “Koreans, quite fortunately, tend to be very socially conscious, willing to go out of their way to reduce risks for others. From the perspective of virus containment, this is an incredible gift. In fact, most Koreans will readily admit they wear masks, not only to protect themselves, but also to help protect others. Get caught in the streets these days without one and you will most certainly be greeted with reproach. It is the potential absence of this cooperative culture that will likely be the first hurdle for many other countries when implementing their own containment efforts.”

Thus, South Korea sets a remarkable example to the whole world in this challenging period. Unlike many countries around the world, Korea fights against the epidemic not by banning people from leaving their homes, but testing a significantly large number of people, identifying the infected ones quickly and quarantining them, and covering all the costs incurred in this process. Thanks to these measures, the number of people infected with the virus in the country has decreased significantly: if on the 2nd of March, 686 people tested positive for the virus, now this figure has dropped to 131 people. The Korean experience also shows that, quite contrary to those who argue otherwise, democracies can be also successful in mobilizing millions of people for a national cause.