Coronavirus: WHO warns 190,000 could die in Africa in one year 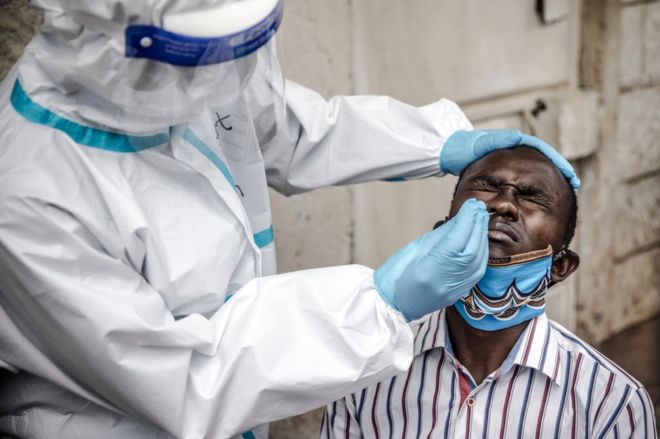 As many as 190,000 people across Africa could die in the first year of the coronavirus pandemic if crucial containment measures fail, the World Health Organization (WHO) warns, AzVision.az reports citing BBC News.

The new research also predicts a prolonged outbreak over a few years.

This patchier and slower pattern of transmission sets Africa apart from other regions, WHO experts say.

Other factors taken into account are the region's younger populations who have "benefitted from the control of communicable diseases such as HIV and tuberculosis", as well as lower mortality rates.

The WHO's warning comes as Africa's most populous nation, Nigeria, plus others including South Africa and Ivory Coast, have begun relaxing some of their lockdown measures.

The study finds that between 29 million and 44 million people in the WHO African region could get infected in the first year of the pandemic. Between 83,000 and 190,000 could die in the same period, it warns.

The estimates are based on prediction modelling, and focus on 47 countries in the WHO African region with a combined population of one billion - Egypt, Libya, Tunisia, Morocco, Eritrea, Sudan, Somalia and Djibouti are not included.

Across the whole of the African continent more than 2,000 coronavirus deaths have been recorded by Africa's Centre for Disease Control. By comparison, 140,000 have died in Western Europe, where the virus took hold several weeks earlier.

Cases have been recorded in every African nation except Lesotho.

South Africa has the highest number of confirmed cases - more than 8,200 and 160 deaths - while Algeria has the most deaths - 483.


More about: WHO   Africa   coronavirus