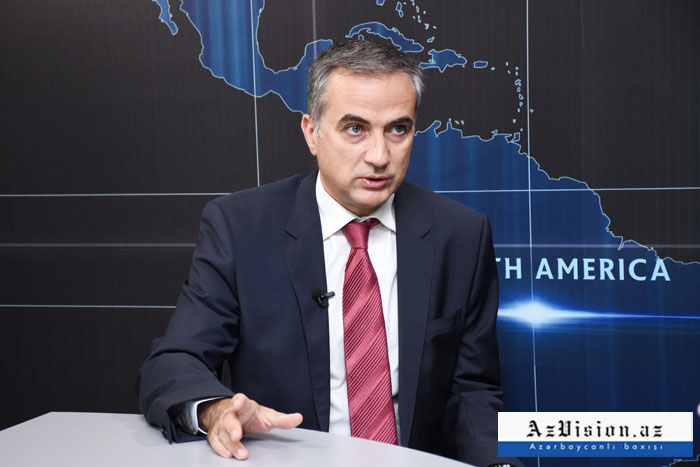 The article titled "Liberal Values Cannot Be Built Upon Occupation And Ethnic Cleansing" by Farid Shafiyev, Chairman of the Board of the Center for Analysis of International Relations, was published in Eurasia Review. The article reads:

On May 21, 2020, the Armenian occupation force held the so-called inauguration of a newly elected leader of the occupied Nagorno-Karabakh region of Azerbaijan. This was the result of illegal elections that took place in the occupied region of Azerbaijan between March 31 and April 14. These elections, condemned by most international actors and countries, constitute another futile attempt to legitimize an unrecognized political structure established in the occupied territories of Azerbaijan in defiance of the United Nations Security Council (UNSC).

The timing of these elections was also widely criticized, as the local authorities disregarded the threat to the local community posed by the outbreak of coronavirus disease, which had been detected in the Karabakh region. This was, however, not the only issue that problematized the elections and drew criticism.

The elections were held in a region from which a significant part of the local community, namely the Azerbaijanis, has been expelled through violent ethnic cleansing. These people have, for the moment, no access to their homeland. This situation persists despite UNSC Resolutions 822, 853, 874 and 884 of 1993, which call for the immediate withdrawal of occupation forces from the occupied territories of Azerbaijan. The international community has consistently demanded the implementation of these documents, as seen, for example, in the European Parliament’s resolution dated October 23, 2013.

The Azerbaijani government, referring to these documents, denounced the elections, reiterating that “Any election will be possible only after the withdrawal of the Armenian occupying forces, the return of the expelled Azerbaijani population to their places of origin, and restoration of dialogue and cooperation between the Armenian and Azerbaijani communities of the region.”

Prominent members of the international community, including the European Union (EU), the Non-Aligned Movement (NAM), NATO, OSCE, and others, have supported Azerbaijan’s concerns and declined to recognize the elections and their legal context. The European Union (EU), in its declaration concerning the elections, emphasized that it “does not recognize the constitutional and legal framework in which the so-called presidential and parliamentary elections are held.”

This position was also maintained by the OSCE’s Minsk Group, the main international institution established to mediate the settlement of the conflict. The Co-Chairs of this body stated that they “do not accept the results of these ‘elections’ as affecting the legal status of Nagorno-Karabakh.”

This rightful international reaction is, nevertheless, at odds with the expectations of some people, who have stated that “The European Union and the advocates of democracy around the globe have a natural and logical obligation to support any democratic movement [and] express firm solidarity.” Tellingly, not only do these people disregard the above-mentioned international documents, but they also demonstrate a clear ignorance to the principle of inclusive citizenship, one of the principles that enables a political system to become a democracy.

Having expelled the “unwanted” segment of the local community, namely, ethnic Azerbaijanis, the Armenians have denied them their fundamental rights and thus left no room for any sort of democracy in the region. As one scholar aptly stated recently, “The attempt to build democracy in the region under these circumstances resembles the dark pages of human history when human rights meant to privilege only one group of population based on race or ethnicity.”

The persistence of a narrative about Nagorno-Karabakh as a “third party” to the conflict is the result of a distortion of the notion of liberalism. This narrative is, unfortunately, occasionally promoted under the guise of inclusiveness by several international NGOs or media outlets. Overall, some Western experts have always manifested double standards in dealing with post-Soviet conflicts. Unequivocal support for the principle of territorial integrity, exhibited toward Georgia, Moldova, and Ukraine, faded away when those experts discussed the conflict between Armenia and Azerbaijan. Whether it was religious bias or Orientalist influence (in Edward Said’s sense), this approach has further alienated the public in Azerbaijan from the West and played into the hands of conservative-minded politicians.

Liberal values cannot be built upon illegal occupation, nor can they be consistent with the expulsion of the Azerbaijani community from Nagorno-Karabakh.

Until the international community and global experts revise their deeply flawed attitudes toward this and some of the other ethno-territorial conflicts, that is, seeking “neutrality” when a principled stance should prevail, peace will be very hard to achieve.

Farid Shafiyev is Chairman of the Center of International Relations and Adjunct Lecturer at ADA University.