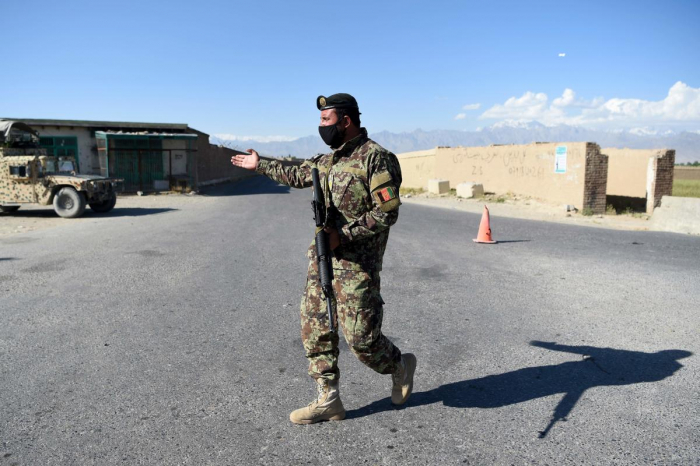 Fourteen members of the Afghan security forces were killed in two separate attacks Thursday in the first deadly assaults officials have blamed on the Taliban since the end of a three-day ceasefire, AzVision.az reports citing AFP.

The temporary truce ended Tuesday but an overall lull in the country's grinding violence has largely held despite the latest attacks, raising hopes the militants and Kabul could soon start much-delayed peace talks.

"Eight Taliban fighters were also killed in the clash that lasted for half-an-hour," he said, adding four policemen survived the attack.

The Taliban have not commented so far.

Thursday's attacks are the first such assaults Afghan officials have blamed on the Taliban since the end of the surprise ceasefire offered by the militants over the Eid al-Fitr festival.

Afghan security forces, however, carried out air strikes in the south on Wednesday that police said had killed 18 "militants".

According to Afghanistan's Independent Human Rights Commission, civilian casualties fell by 80 percent during the short truce.