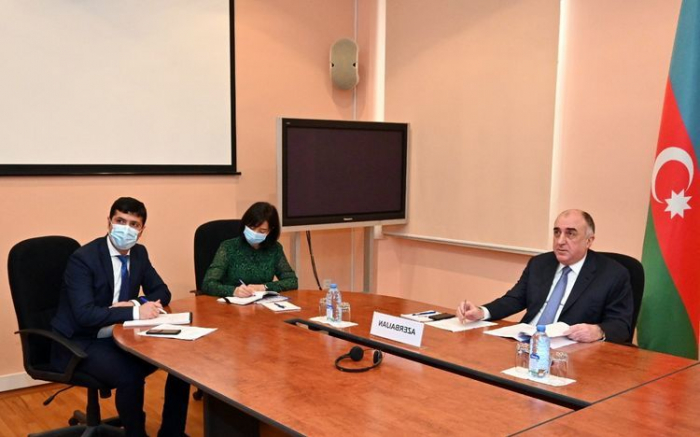 He made the remarks Thursday during a video-teleconference meeting of Eastern Partnership foreign ministers, the Foreign Ministry told AzVision.az.

Mammadyarov stressed that the presence of Armenian armed forces in the occupied territories of Azerbaijan remains the biggest security threat to the region.

“Despite the UN Secretary-General’s and High Representative J. Borell’s appeal for global ceasefire, the Armenian armed forced continues to violate the ceasefire regime and makes every effort to escalate tension and derail the political settlement of the conflict. Armenia bills itself as “democracy” and yet continues to violate human rights of hundreds of thousands of Azerbaijanis forcibly expelled from their homelands,” he said.

While the entire world is mobilized to fight COVID, Armenia organized the so-called “election” and the so-called “inauguration” in the occupied territories of the Republic of Azerbaijan, said the minister adding. “By refusing to negotiate and to comply with the demands of the UN Security Council Resolutions, Armenia obstructs the settlement of the process. Thus, Armenia undermines the very fundamentals of the Eastern Partnership, namely stability and prosperity.”

“As stated in the recent EU Council Conclusions the fundamentals of EaP are anchored in our shared commitment to a rule-based international order, international law, including territorial integrity, independence and sovereignty of partner countries. We are in solidarity with the EU to promote these principles in our bilateral and multilateral cooperation.”