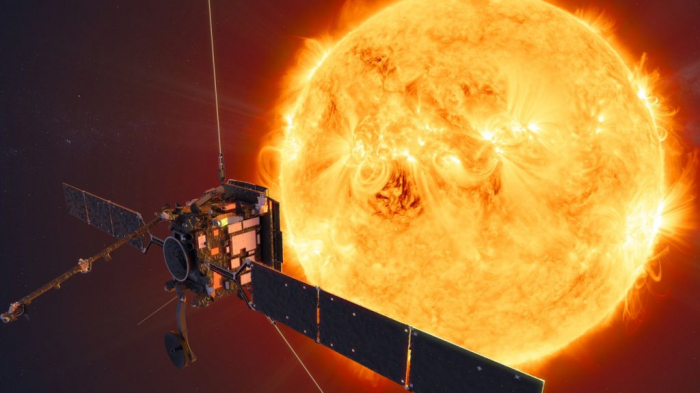 Europe's Solar Orbiter (SolO) probe makes its first close pass of the Sun on Monday, tracking by at a distance of just over 77 million km, AzVision.az reports citing BBC News.

SolO was launched in February and is on a mission to understand what drives our star's dynamic behaviour.

The close pass, known as a perihelion, puts the probe between the orbits of Venus and Mercury.

In the coming years, SolO will go nearer still, closing to within 43 million km of the Sun on occasions.

As it stands today, only five other missions have dived deeper into the inner Solar System: Mariner 10, Helios 1 & 2, Messenger, and Parker Solar Probe.

SolO is a European Space Agency (Esa) craft that was assembled in the UK by the aerospace company Airbus.