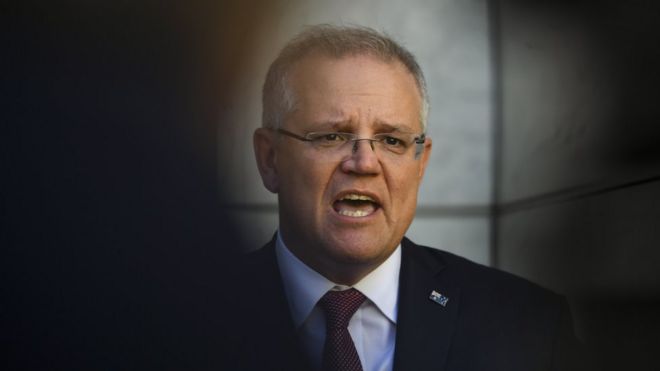 Mr Morrison said the cyber attacks were widespread, covering "all levels of government" as well as essential services and businesses.

He declined to identify a specific state actor and said no major personal data breaches had been made.

The attacks have happened over many months and are increasing, he said.

The prime minister said his announcement on Friday was intended to raise public awareness and to urge businesses to improve their defences.

But he stressed that "malicious" activity was also being seen globally, making it not unique to Australia.