Many European countries set to be exempt from quarantine 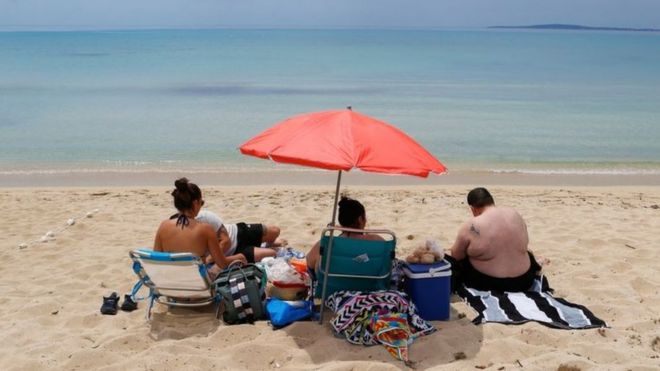 Ministers are due to finalise details of a series of "travel corridors" so people arriving into the UK on certain routes will not need to quarantine, BBC reported.

Most of Western Europe is due to be on an initial list of exempt countries.

The countries expected to be exempt include France, Italy, Spain, Greece, Belgium, Germany, Norway, the Netherlands, Turkey and Finland.

Portugal will probably not be included after a rise in the number of new cases in and around Lisbon.

Sweden is also unlikely to be on the list because the infection rate there is higher than in the UK.

A travel corridor would mean that two people travelling in both directions between two countries would not have to self-isolate after they travel.

The initial list of destinations exempt from the quarantine is expected to take effect early next month. Work is also on-going to see if a travel corridor is possible with Australia.

The quarantine will remain in place for people arriving from other countries and it's thought that might be the case for some destinations throughout the summer.

The government has previously said that the quarantine would be reviewed every three weeks and 29 June marks the end of the first three-week period.

The first travel corridors could come into force on 4 July, although that date is by no means confirmed.

Anyone arriving from the Republic of Ireland, the Channel Islands or the Isle of Man does not have to complete a form or enter quarantine upon arrival in the UK.

There are also exemptions for workers in some industries such as road haulage and medical professionals who are providing essential care.

The travel industry has been vocal in its criticism of the government's quarantine rules, warning that the isolation period will deter visitors and put jobs at risk. Some airlines were in the early stages of legal action.

The manufacturing industry has also highlighted that fewer flights will restrict imports and exports, which will have a knock-on effect for the freight industry, as well as hampering the recovery of some businesses.

Despite criticism from businesses, Home Secretary Priti Patel said that the measures were "proportionate" and being implemented "at the right time" when they came into effect on 8 June.