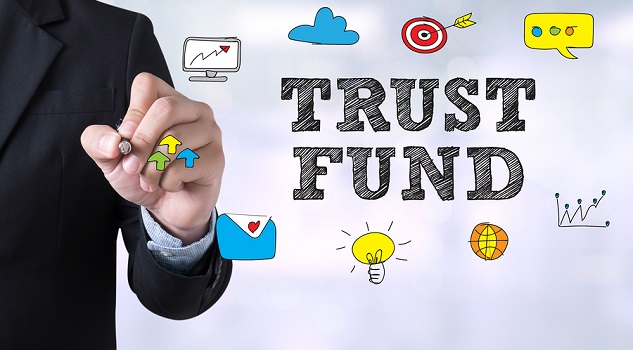 It is far from certain whether the post-pandemic recovery will be a lasting one that results in more sustainable and equitable economies. The temptation to try to return to the recent past is strong, and so are the vested interests favoring such a course.

But many now recognize that what the economist Branko Milanovic calls “liberal meritocratic capitalism” must change significantly in order to meet systemic challenges: not only climate change, but also increasing inequalities of income, wealth, wellbeing, and power – particularly in the United States. Extreme inequality and low intergenerational mobility pose an existential threat to market capitalism, and the recent mass protests in US cities against systemic racism have heightened the sense of urgency.

As Harvard’s Dani Rodrik has noted, governments can target inequality at three stages of the economic process. Pre-production policies can influence endowments such as education, health, and wealth. Production-stage interventions can affect the creation and composition of jobs, the direction of technological change, and the bargaining power of capital and labor. And post-production policies such as taxes and transfers can redistribute the returns from labor and capital.

Although policymakers have usually addressed inequality largely through ex postredistribution, many now realize that capitalism’s survival will require a paradigm shift.

True, governments could rely more on production-stage policies, which call forgreater public-private collaboration to ensure that firms internalize the negative externalities of their employment, investment, and innovation decisions. Such measures may include industrial and innovation policies to foster the development of technologies that complement rather than substitute labor. In addition, labor regulations, minimum wages, and co-determination can improve workers’ bargaining power, while place-based and trade policies can help to optimize conditions for creating good jobs.

But although such interventions could surely improve the status quo greatly, they would still fail to address the most obviously unjust source of inequality: luck at birth.

Research by Harvard’s Raj Chetty and others shows that in the US, the type of household a person is born into – including its race, family structure, and geographic location, as well as their parents’ wealth, income, and education – strongly determines the kind of life they will have, and even their life expectancy. Inherited inequality of opportunity precedes people’s participation in markets, and compounds over lifetimes.

As a society, we should regard wide inherited inequalities as intolerable. The political philosopher John Rawls put it best: would any reasonable person choose to live in a society that allowed for such inequality if they didn’t know who they had been born as? Behind this “veil of ignorance,” everyone would presumably choose a social contract that provided a level playing field.

For example, Ohio State University’s Darrick Hamilton and Duke University’s Sandy Darity have suggested that the US federal government endow every newborn with a trust fund seeded in inverse proportion to household wealth. These “baby bonds” would grow passively, compound, and become redeemable at age 18. Given the intersectional nature of racial and class inequality, such a scheme could largely eliminate the inherited racial wealth gap in the US at a moderate immediate cost – albeit over many years.

This is by no means the only proposal of its kind. In 2015, Anthony Atkinson of the London School of Economics called for steep inheritance taxes to fund a capital endowment, or minimum inheritance, payable to all citizens when they reached adulthood – an idea also endorsed by Milanovic.

Other suggestions reflect Mariana Mazzucato’s observation that the state is often the investor of both first and last resort. For example, Yanis Varoufakis has advocated a universal basic dividend financed by the income stream from society’s investments in private firms’ capital.

Similarly, the prominent hedge-fund manager Ray Dalio and Columbia University’s Joseph Stiglitz recently suggested pooling taxpayers’ ownership shares in companies bailed out during the COVID-19 crisis into a sovereign wealth fund that would periodically distribute dividends to all citizens. And Rodrik has proposedestablishing debt-financed public venture-capital funds that would acquire equity stakes in key sectors and technologies, and distribute the profits in the form of a social innovation dividend.

There is clearly a strong case for giving citizens a capital endowment that reflects both their inalienable dignity and society’s return on its public investments. But societies will have to make choices regarding the vesting of such an endowment, as well as its scale, progressivity, funding, and usage restrictions.

Baby bonds, for example, would require far fewer upfront resources than a capital grant to young adults, but would take much longer to shift the distribution of wealth. In addition, most proposals would prohibit the immediate redemption of an endowment, and limit its use to purposes such as education and housing. Means-testing would reduce the fiscal cost of such a policy, but would entail administrative, social, political, and incentive costs. Striking an appropriate balance among these criteria will require trade-offs between costs and benefits.

A universal capital endowment would help to mitigate the patently unfair consequences of luck at birth. But to effect real change, it would have to be large enough to reduce existing wealth gaps substantially and deconcentrate capital ownership and political power. Such a program would require large upfront wealth redistribution, which seems politically hard to achieve even under the best-case recovery scenarios. But, as Stiglitz has warned, a less ambitious policy may end up entrenching a performative “people’s capitalism” that perpetuates wealth concentration while duping the public into supporting policies that favor capital.

A recovery strategy that aims to distribute income, wealth, and power more equitably must use all possible tools. A universal capital endowment for young adults could be an essential part of such a plan, if combined with strong equity-enhancing policies at the other stages of production. There are no silver bullets in the struggle to achieve a more just society, but granting citizens equitable access to the opportunities afforded by capital ownership would be a transformative step.

Kemal Dervish, a former minister of economic affairs of Turkey and administrator for the United Nations Development Program, is a senior fellow at the Brookings Institution.

Sebastián Strauss is a senior research analyst and Coordinator for Strategic Engagements at the Brookings Institution.