We will stand by Azerbaijan till the end - Ibrahim Kalin 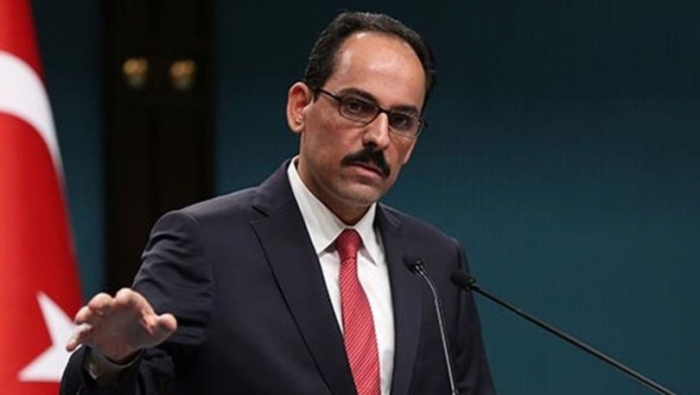 "The battles took place on the border for the first time. In this regard, it is serious. The sides should stop and sit at the negotiations table," the spokesperson of Turkish President Ibrahim Kalin told a live broadcast on CNN Türk on Tuesday.

He also reminded Turkish President Recep Tayyip Erdogan's statement from his conversation with his Russian counterpart Vladimir Putin yesterday:"You have used your relations with Armenia to reduce tensions. No matter where the threat comes from, Turkey will stand by Azerbaijan till the end. However, it does not mean closing the doors of diplomacy."