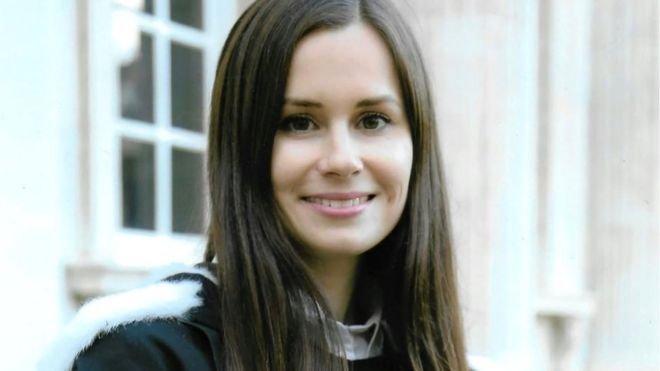 A British-Australian woman serving a 10-year sentence in Iran for espionage has been transferred to a notorious prison in the desert, officials say.

Kylie Moore-Gilbert, a lecturer at Melbourne University, has been in jail since September 2018.

She was tried in secret and strongly denies all the charges against her.

The Australian government has said it holds Iran responsible for Ms Moore-Gilbert's "safety and well-being" and is "urgently seeking access" to her.

"Dr Moore-Gilbert's case is one of the Australian government's highest priorities, including for our embassy officials in Tehran," Australia's Department of Foreign Affairs and Trade said in a statement on Tuesday.

The statement added that Iran had confirmed earlier reports from human rights activists that she had been moved to the notorious Qarchak prison.

The jail is sometimes used as punishment for Iranian political prisoners and conditions have been described by former inmates as abysmal.

What is Ms Moore-Gilbert's situation?

Before being moved to Qarchak prison, Ms Moore-Gilbert, a lecturer in Middle East politics, had spent almost two years sleeping on the floor of a cell at Evin prison in the capital, Tehran, according to a friend.

She has been in solitary confinement and on several hunger strikes, and she is said to have been beaten for trying to comfort new prisoners by passing notes and writing to them on prison walls.

On Tuesday, the husband of British-Iranian charity worker Nazanin Zaghari-Ratcliffe - who was jailed in Iran in 2016 on spying charges that she has always denied - said that Qarchak was a place where "[Iranian] authorities sent women political prisoners when they wanted to break them".

"It's in the middle of the desert with no clean running water, very poor food with the bread and rice drugged, and gang-ridden, so you can wait months to get a bed," Richard Ratcliffe said.

Mrs Zaghari-Ratcliffe has been on hunger strike in solidarity with Ms Moore-Gilbert.

"Qarchak jail is where common prisoners are held. It's overcrowded and some of them are dangerous," said Hadi Ghaemi, director of the Center for Human Rights in Iran.

Referring to an earlier statement from Ms Moore-Gilbert that she had rejected an offer of freedom in return for becoming a spy for Iran, he added: "They're not happy with her resilience and her refusal to co-operate."

"The Australian government doesn't seem to have been very proactive - she's been short on money that she needs to buy basic provisions for herself in jail," they said.

According to the Department of Foreign Affairs and Trade, the Australian ambassador visited Ms Moore-Gilbert in Evin prison recently and had been in telephone contact with her over the past few months.

What has she said about her confinement?

Ms Moore-Gilbert told an Iranian human rights activist in a phone call earlier this week that she had not spoken to her family for about a month.

Reza Khandan, the husband of imprisoned human rights lawyer Nasrin Sotoudeh, said in a Facebook post that Ms Moore-Gilbert was in "a very bad condition".

He wrote that she had told him: "I can't eat anything, I don't know, I'm so disappointed. I'm so very depressed."

Uncertain fate of Iran's jailed dual nationals
In letters smuggled out of Tehran's Evin prison in January, the lecturer said she had "never been a spy" and feared for her mental health. She said she had rejected an offer from Iran to become a spy.

"I am not a spy. I have never been a spy, and I have no interest to work for a spying organisation in any country."

She also said she feared her health had "deteriorated significantly".

"I think I am in the midst of a serious psychological problem," she wrote, worsened by "the ban on having any phone calls with my family".

Ms Moore-Gilbert remains adamant that she is "an innocent woman... imprisoned for a crime I have not committed".

The Cambridge-educated academic was travelling on an Australian passport and was detained at Tehran airport in 2018 as she tried to leave following a conference.

Last year, British-Australian woman Jolie King and her Australian boyfriend Mark Firkin were released after being jailed in Tehran for reportedly flying a drone without a permit.