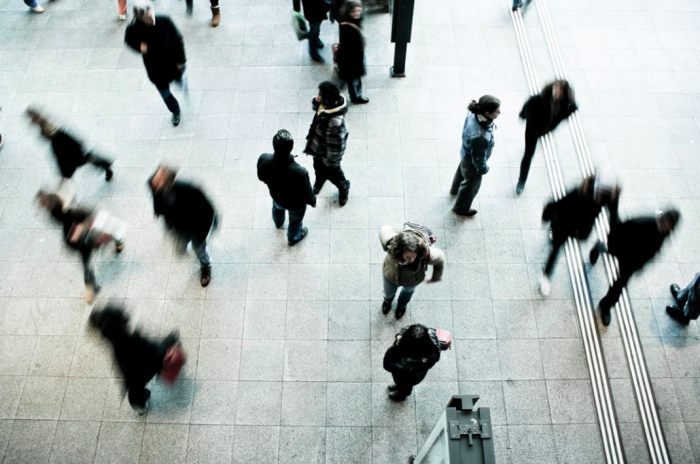 New research published this July in The Lancet forecasts that continued growth “through the century is no longer the most likely trajectory for the world’s population.” Rather, the global population is likely to peak in 2064 at 9.7 billion, before declining to 8.8 billion by 2100. The authors project that the populations of 23 countries – notably Japan, Thailand, Spain, and Ukraine – will be at most half their 2017 size by 2100, while the population of “another 34 countries will probably decline by 25-50%, including China, with a forecasted 48.0% decline.”

By contrast, Nigeria’s population is expected to grow 3.8-fold between 2017 and 2100, though its average fertility rate is expected to drop from 5.1 to 1.7 – that is, below replacement level and below that of Sweden (1.8 children per woman) in 2017. Nigeria was the only Sub-Saharan African country to rank among the world’s ten most populous countries in 2017. Yet by 2100, that list is expected to include the Democratic Republic of the Congo, Ethiopia, and Tanzania.

Of the four most populous countries today after China, India and Indonesia are expected to experience a population decrease, whereas the United States and Pakistan are expected to grow, albeit for different reasons. The increase in the US would be driven by immigration, making up for a decline in the fertility rate from 1.8 to 1.5. In Pakistan, the authors anticipate that population growth will be driven by the higher fertility rate, though they expect it to fall from 3.4 to 1.3 by 2100 – below the US’s current or projected rate.

But the usual caveats apply. These country-specific forecasts are subject to even greater uncertainty than global forecasts are. As the authors point out, demographic trends could always be more or less dramatic than expected. Moreover, their “modeling framework” does not include significant variables such as the effects of climate change or the risk of pandemics like COVID-19.

Moreover, the track record of population forecasts does not inspire confidence. In 1798, the English economist Thomas Robert Malthus predicted that population growth inevitably would outpace the growth of food production, causing widespread starvation. Then, during the Great Depression of the 1930s, many people thought that global population would go into permanent decline. Yet, by the 1950s and 1960s, the new fear – reflected in terms like “population bomb” and “Famine 1975!” – was that continuing rapid population growth would destroy humankind and the planet.

All three predictions were wrong. The truth is that we cannot know precisely how many children will be born during the rest of this century. What we can do, however, is make a greater effort to ensure better nutrition, health, housing, education, prosperity, peace, security, equality of opportunity, environmental quality, climate stability, and freedom for all people. The future of childbearing and childrearing, population health and survival, and trends in migration and social integration will depend on the investments and commitments that countries make now and in the coming decades. Sound political leadership and support for high-quality mass education are of the utmost importance, as are basic nutrition, accessible contraception and health care, and constructive international relations.

The Lancet study is not the first to forecast a likely end to world population growth before 2100. But the authors have made a uniquely valuable contribution by also offering several original proposals for improving population projections more generally. Most important, the new research uses external factors to predict future birth, death, and migration rates. The fertility forecasts, for example, depend on future commitments to education and available contraception. Similarly, the migration forecasts have accounted for per capita incomes, education, fertility, deaths due to conflict and natural disasters, and other variables.

It remains to be seen whether these external factors – themselves uncertain – will improve the accuracy of population projections compared to those issued by the United Nations Population Division, which are based on demographic extrapolations and professional judgment. Over the past half-century, the UNPD’s projections have proved reasonably accurate for the global population, though less so for individual countries.

Although population projections from different agencies disagree on whether and when global population growth will end, there are a few points on which pretty much everyone is in accord. All anticipate that by 2100, the average number of children each woman has in her lifetime will have declined globally. The debate is over how much, how fast, when, and where this will occur.

Finally, a much higher proportion of the world’s people will be of African origin, compared to people of European, American, or East or South Asian origin. And, as a result of migration, many societies will be much more heterogeneous in origin, language, religion, customs, and expectations. However many of us there turn out to be, we will have to learn to live together peacefully, or we will not live at all.

Joel E. Cohen, Professor of Populations at The Rockefeller University and Columbia University, is the author of How Many People Can the Earth Support?