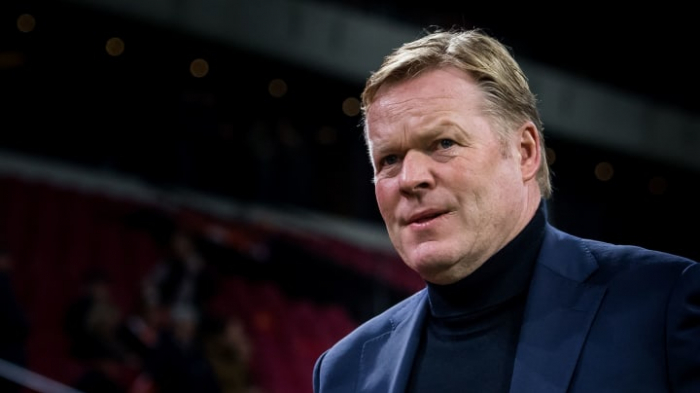 The 57-year-old Dutchman replaces Quique Setien, who was sacked following Barca's humiliating 8-2 defeat to Bayern Munich in the quarter-finals of the Champions League.

Koeman, who spent six years as a player at Barcelona and was a member of Johan Cruff's legendary 'Dream Team', leaves his role as manager of the Netherlands, which he had held since 2018.

He won four La Liga titles and scored the winning goal in the 1992 European Cup final during his playing days at the Nou Camp, and was the preferred candidate of president Josep Maria Bartomeu.