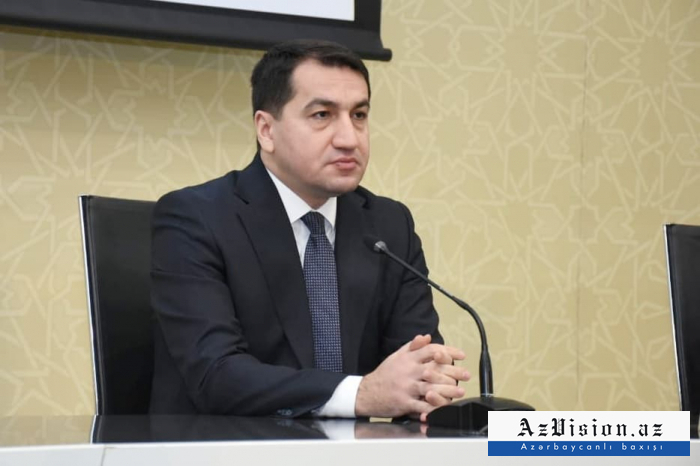 Russia sends military cargoes to Armenia, and this seriously worries the Azerbaijani state and the public, Assistant to the President of Azerbaijan, Head of Foreign Policy Affairs Department of the Presidential Administration Hikmat Hajiyev said to media representatives, AzVision.az reports on August 29.

“The explanations of the Russian side aren’t convincing enough for us. Azerbaijan is waiting for clarification regarding grounds on which the intensive arming of Armenia continues,” Hajiyev said. “During the [recent] events related to Azerbaijan's Tovuz, Armenia has demonstrated that it continues its aggressive policy. We aren’t satisfied with the answer that allegedly the [Russian] planes transport construction materials, since they can be also transported in other ways".