Why did Nikol Pashinyan send his wife to shoot at Azerbaijan's positions? 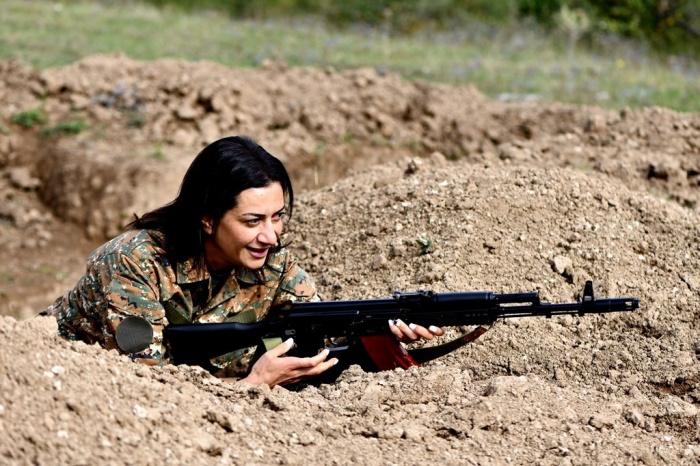 One of the strangest events in the zone of the Nagorno-Karabakh conflict took place in the last week of the summer: on August 25-31, in the occupied territories of Azerbaijan, 15 Armenian women underwent military training, headed by the wife of Prime Minister Nikol Pashinyan, Anna Hakobyan.

Women who not only never held weapons in their hands, but also belonged to the organization "Women for Peace", were illegally taken by Anna Hakobyan from Armenia to the occupied Azerbaijani lands on the same day when the Armenian Ministry of Defense announced a project to create a "people's militia on a voluntary basis. basis ". 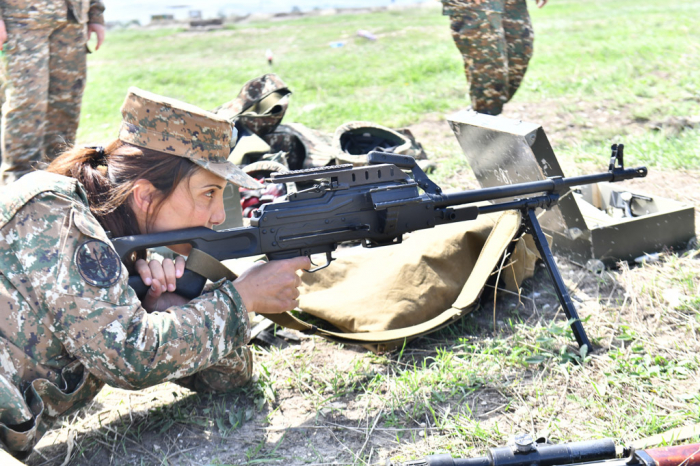 Thus, the first step in the implementation of Nikol Pashinyan's new military project was made by his wife, demonstrating what she is ready to do in order to continue the occupation of Azerbaijani regions: Anna Hakobyan mastered a Kalashnikov assault rifle and an assault rifle, learned combat tactics (according to official information from her personal website, exclusively defensive), trained in first aid to the wounded invaders.

As a result of this rather propaganda than a real military action, Hakobyan's group received a "four" for training from experienced occupants of Karabakh, since only five participants of "Women for Peace" were able to demonstrate excellently the ability to kill at a speed of 15 seconds on one target. the rest received a positive rating. What assessment the wife of the Prime Minister herself received for the educational aggression against Azerbaijan, her website is silent. 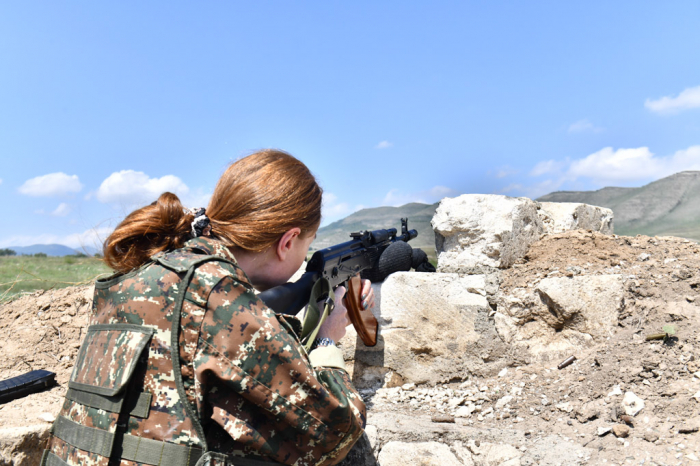 Commenting on the decision to start training in waging war against Azerbaijani troops, Anna Hakobyan expressed confidence that both she and "many women are ready to take up arms, but not for the sake of war, but to protect our homeland and our children." At the same time, she did not explain why she took the women to the occupied lands of Azerbaijan, if their military training could be carried out on the territory of Armenia (Karabakh, by the way, is neither the homeland of Pashinyan's wife, nor the place of residence of her children).

On the one hand, the meaning of the action is clear: the Prime Minister needs a strong start to the campaign to recruit citizens into the "voluntary militia", and to show the population that he will not regret anything for the occupation of Azerbaijani lands, Nikol Pashinyan symbolically sends his wife to the contact line ... At the same time, he is not worried about the side meanings of such an action that Anna Hakobyan, in fact, stood at the head of the militia, the first to enroll in it and the first to fire shots towards the combat positions and peaceful villages of Azerbaijan, and also that the prime minister does not particularly hope for men forced to send women to war. 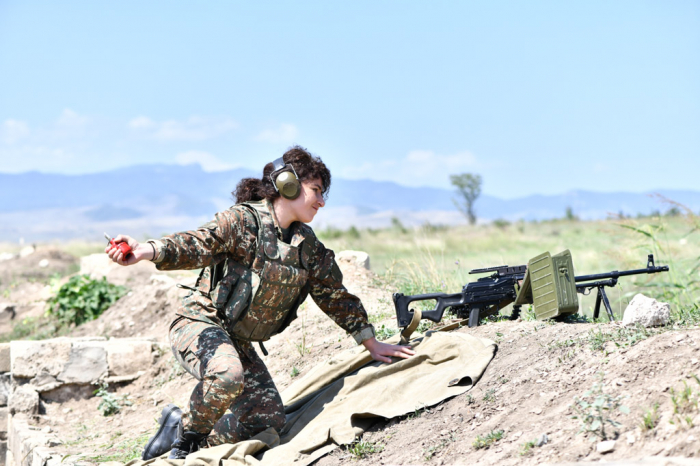 On the other hand, the meaning of the action is rapidly lost if one tries to somehow combine it with other actions of official Yerevan, namely, statements about the desire to return to the negotiating table with Azerbaijan and settle the Nagorno-Karabakh conflict peacefully. And here the problem is not only that it is illogical to declare adherence to the diplomatic process and at the same time prepare the entire population of the country for hostilities (thus refuting their own peaceful intentions), but also that such ostentatious preparation of ordinary citizens for war demonstrates weakness Armenian positions, both military and negotiation.

The real result of Anna Hakobyan's story about women's shooting in Karabakh, abundantly accompanied by photographs of women in military uniform with weapons in their hands, is not that every citizen of Armenia is ready to support the occupation policy of Yerevan, regardless of gender and age, but that, that the aggressor republic is running out of resources to maintain the status quo in the conflict zone. Having sent his wife to wage war in Azerbaijan, Nikol Pashinyan admitted that he had no hope for a regular army, and so again showed weakness, speaking out loud about the strength of Armenian weapons. 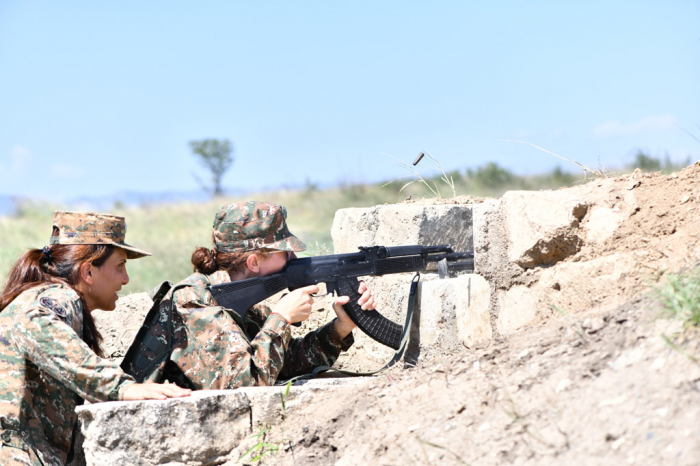