Hundreds of people arrested in Belarus during mass protests 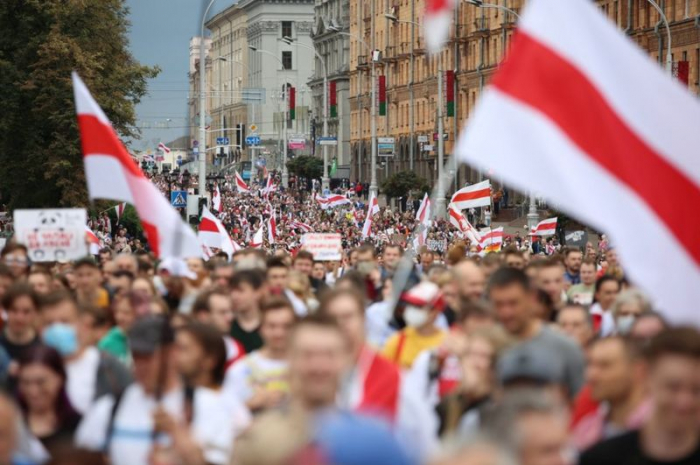 Hundreds of people have been arrested in Belarus following a fourth consecutive weekend of protests against President Alexander Lukashenko.

At least 633 people were detained during the unrest, the interior ministry said on Monday.

Thousands more defied heavy security and rallied in the capital Minsk, where troops and water cannon were deployed.

The demonstrators want Mr Lukashenko to resign after his re-election last month amid allegations of ballot-rigging.

Mass unrest since then has seen at least four people killed and hundreds injured as the government tries to stamp out dissent.

A number of opposition figures have fled the country. On Saturday, activist Olga Kovalkova became the latest to say she had taken refuge in neighbouring Poland amid threats of imprisonment.