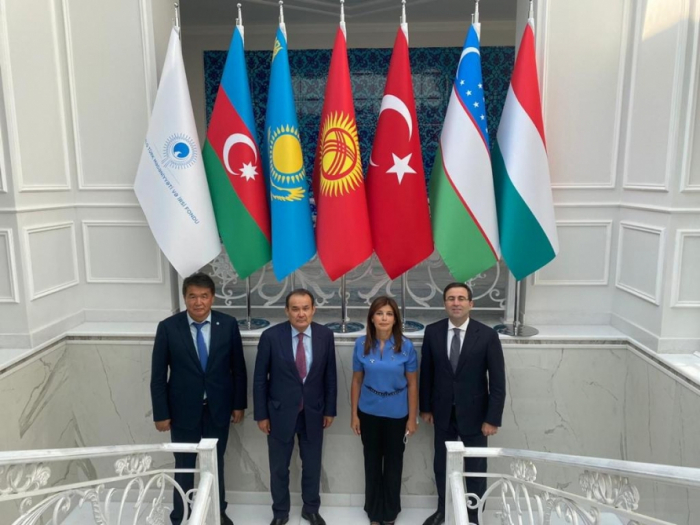 The meeting was attended by the Deputy Secretaries General of the Cooperation Council of Turkic-Speaking States Gismat Gozalov, Sultanbek Rayev and other members of the delegation.

Secretary General of the Cooperation Council of Turkic-Speaking States Baghdad Amreyev spoke about the events and meetings held by the Turkic Council in the midst of the global pandemic. He also noted the important role and chairmanship of Azerbaijan in increasing the authority of the Turkic Council in the international arena. Baghdad Amreyev prased the activities of the Foundation, said that he would actively support the further expansion of fruitful relations between the Turkic Council, the International Turkic Culture and Heritage Foundation, and other Turkic-speaking organizations.

The delegation was acquainted with the building of the International Turkic Culture and Heritage Foundation. The sides then exchanged keepsakes.