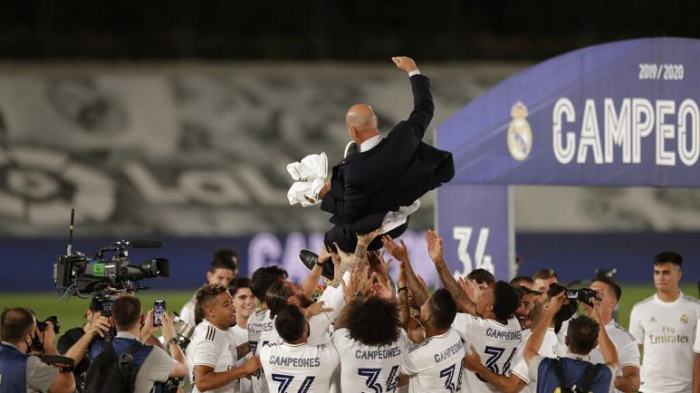 New season, same old story. The Spanish league and the Spanish football federation are at odds again, this time before the season has even started.

This week’s scheduled start of the league had to be hastily changed as the result of a dispute between the two entities over whether matches can be played on Fridays and Mondays.

La Liga was set to begin with a match between Granada and Athletic Bilbao on Friday night, but the federation forced the game to be moved to the weekend because it opposes matches on Mondays and Fridays. The game was rescheduled after the ruling of a judge in the federation's competitions committee late Wednesday. Monday’s game between Alavés and Real Betis also was moved to the weekend, as were a couple of second-division matches.

The Spanish league said it would change the schedule this time “to avoid irreparable damages to the clubs affected by this nonsense by the federation.”

But it added that it will continue to fight to play on Mondays and Fridays and would appeal to the nation's sports council to try to keep the second-round games unchanged. The league said it was unfair for a judge linked to the federation to be making the ruling.

The federation and the league have long argued over whether matches can be played on Fridays and Mondays, with each side getting favourable rulings from different courts. The federation made concessions at the end of last season because of the coronavirus pandemic, allowing the league to schedule matches on those days to guarantee that the season could finish in time.

The federation had warned, though, that it maintained its stance against playing on Mondays and Fridays.

The league felt that it could still play on those days this season as matches will continue to take place without fans and under strict health protocols.

The federation's stance against playing on Mondays and Friday is based in part on complaints by Spain’s players’ association. The league, meanwhile, argues that those days are important for its broadcasters who pay for the league’s television rights.

Federation president Luis Rubiales and Spanish league president Javier Tebas have been at odds over several issues in recent years. A peace deal was struck earlier this year amid the pandemic, but it didn’t take long before the sides began disagreeing again.

Only seven of the 10 first-round matches will be played this week after the league postponed games involving the teams that played later into the season because of European competitions, including Barcelona, Sevilla, Atlético Madrid and defending champions Real Madrid.

The league had hoped to have fans back in the stadiums this season but matches will still be played without spectators as Spain battles a new surge in coronavirus cases.

Teams will still be allowed to make five substitutions in each match, as was the case when the league resumed after the lockdown.